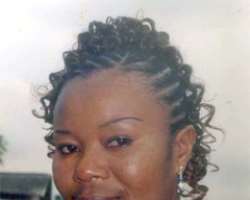 Her story may not be pleasing to your ears. But you certainly cannot ignore to come to terms with the obvious truth that all is not well with the film industry in Nigeria.

While Nollywood is being celebrated across the globe as the second largest film industry in the world, time without number, allegations of sexual harassment, bulling and insatiable demand of ransoms by some faceless movie producers and directors before accepting to feature an unpopular face in their movies, has continued to trail the home video culture in the country.

One of the latest female victims of this travail that pervades the home video culture is Adaobi Whyte, a trained but aspiring Nollywood young actress.

Adaobi, in a recent encounter with HVP, narrated how she has been duped severally by persons or fraudsters who parade themselves as filmmakers.

According to her story, while she joined the movie world in 2006, she has continued to pay through her nose to get a role in a movie, to no avail.

Worse is the fact that some of these fake producers go about recruiting young talents upon the payment of certain specified amount of money. They would take them to locations where they would put up an act that looked like real, only for the film not to see the light of the day.

Her words: “I have lost almost N60,000 each to persons who parade themselves as producers.

They would advertise that they are recruiting new talents to join the movie industry. Quite alright, auditions are organised, promising ones selected and taken to locations, but thereafter nothing happens again.”

Adaobi said given this condemnable act, some of the affected greenhorns took the matter to the executives of the Actors Guild of Nigeria(AGN), but for fear of being intimidated or victimised by the latter, they were not courageous enough to see to the end of the case.

In spite of all these, the English Language graduate of the University of Lagos expressed her resolve to excel in the world of make-believe.

The young actress featured in a movie produced last year by the Catholic Artistes and Entertainment Association of Nigeria.