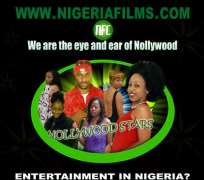 I always knew it would happen; that the bubble of delusion would burst. But I never imagined that it would happen in such dramatic fashion and right on our doorstep.

But then, when you refuse to face reality, reality, like the mountain, will come face to face with you; when you prefer to engage in hallucinatory delusion, the chances are always that someone who is less inclined to massage your ego will shiver your timber. That is precisely what happed at the recent African Movie Academy Awards (AMAA) ceremonies.

Nigeria's galaxy of Nollywood stars trapezed and sashayed down the Yenagoa Red Carpet (complete with bodyguards, would you believe it?!) probably pinching themselves that this is Hollywood and the Oscars, and not Yenagoa and AMAA. Delusion often does that to people; fantasy becomes fact and wishes become horses. But unknown to the overdressed and over-confident Nigerian contingent, reality was lurking in the city's Cultural Centre.

Delusion has characterized Nollywood over the 17 years of its existence. Like all self-indulgent acts of delusion, we convinced ourselves that we now have a film industry and not the amateur video enterprise that it really is. Sometimes we even believe that Nollywood can now be mentioned in the same breath as Hollywood and Bollywood. I recall Frank Nweke, then Information Minister, in 2005 threatening to take Cannes Film Festival by storm with Nollywood films the next time around!

I pictured the movie moguls who heard him chuckling into their glasses of champagne, and wondering what dreamland this Rip Van Winkle came out from. So why did Nigerian “films” not sweep the board as expected, but instead were swept away by entries from countries who do not boast anything near the output of Nollywood? Some critics have quite rightly described the failure as the triumph of quality over quantity. True. But it goes beyond the home video industry and right to the core of our national values and aspirations as a people.
First is that we tend to equate growth with development; quantity with quality. We have the “fastest growing” mobile telephony in the world, yet we need three handsets to make one successful call. But Somalia without a government in 17 years has a more efficient mobile service. So the primary lesson of AMAA 2009 is that the awards are about CREATIVITY, not commerce. Nollywood must take note of this or remain an amateur home video enterprise, catering to idle women in hair dressing salons, and populated by pretentious actors and directors who see themselves as the peers of the Hollywood elite.

When home video made its debut in 1992 with “Living in Bondage”, its success promised so much. So why did the enterprise quickly relapse into classic Nigerian complacency, bereft of creative dynamism? Why has it remained a home video, instead of graduating to the celluloid culture that a film industry should thrive on? Some of the reasons for this are germane to Nollywood itself; others derive from the character and values of our nation.

But first, let us recognize that Nollywood is a misnomer; a conjecture, an imitation. Hollywood is a physical entity. Bollywood derives from Bombay, home of the Indian films (now renamed Mumbai - perhaps we should call it Mollywood!). But where would one find Nollywood? The N is, of course, from Nigeria. Beyond that Nollywood is a notion, a delusion. Nigerian home videos came at a time of cultural famine, when there were no cinemas, no theatres and very little avenues for creative outlet and enjoyment; a welcome respite from boredom and an over-bearing military. But the first mistake by Nollywood was that it was lured into a premature sense of greatness by the initial acclaim from a people starved of popular entertainment and lacking in today's pleasures of satellite TV. But like most things Nigerian, proliferation and mass production overtook the infant industry. Every Tomesi, Dike and Haruna became an actor, a director and a producer. Along came the marketers who had the capital but not the creative or artistic talent that drive a real film industry. They began to call the shots. They usurped the functions of the producers and casting directors, and reduced the directors, the creative soul of films, to nothing more than directors of photography. The marketers decided who to cast and how many episodes a film should run. On one occasion, they blacklisted a host of actors and actresses and nearly brought the business to its knees.

The rest of us were too busy basking in the euphoria of the “third largest movie industry in the world,” to pause and ask the necessary question: Are we making movies or simply producing amateurish home videos that catered only to an uncritical mass? Those crowing over the recent UNESCO report should note that the organization restricted itself to quantity of films produced around the world, not quality.
Ideally, the initial success of Nollywood was a signal to take stock and begin to grow the industry, professionalizing it into a viable film industry. But we were busy riding on the crest of popular euphoria. Soon we were showering accolades on mediocre actors and directors. Best actor, best director – by what standard? We judged them by our Naija standards, and forgot that their “films” had little artistic and creative merit. We chose to be patriotic rather than artistic.

We also ignored another very important handicap: Nigeria does not have a tradition of theatre, drama and repertory, in spite of the pioneer efforts of the Ogundes, Soyinkas, Osofisans, and the Sonny Otis. Our decrepit National Theatre in Lagos bears testimony to that. British and American films grew and excelled because they had the West End and Shakespearean tradition, and Broadway respectively. These were the proving grounds for actors, writers and technicians who later made the transition to the big and small screens. In addition, while in the US, UK and India, the industry provides essential practical training at film academies, acting and drama schools, in typical Nigerian fashion, anyone can consider him or herself eminently qualified to act, write or direct.

Secondly, a close look shows that Nollywood represents nearly all that is wrong with Nigerian society, beginning with a premature sense of greatness. I recall when my first novel was published in 1981. A reporter said to me: “You must be feeling on top of the world?” I was aghast: on top of the world with just one novel?

Twenty-eight years and five novels later, I still do not feel on top of the world. It would appear that in the case of Nollywood, the initial success of “Living in Bondage”, the first home video, created an exaggerated sense of greatness. Also Bondage dealt with a cultural theme which resonated with ordinary Nigerians and has remained a dominant feature till today, while the consumers remained the uncritical mass. The incentive to innovate and develop was sacrificed, and pioneer film-makers such as Eddie Ugboma and Ola Balogun found no room or role in the mass market of Nollywood.

In 17 years, Nollywood movies have remained grossly predictable, characterized by shallow storylines, poor scriptwriting, one dimensional acting, atrocious dialogue, and abysmally inept directing. There are more Igwes and red cap chiefs in a Nollywood film than in the whole of Igbo land. You can watch someone for 15 minutes examining a flat tyre, and another 20 minutes changing it.

When Nollywood ventured into action movies, we found that they were exactly at the stage Indian films were 50 years ago. In an age of pyrotechnics and high-tech, Nigerian movies still feature plastic pistols and fake machine guns that shoot before the trigger is pulled, and villains that die in a pool of tomato juice before we hear the sound of gunshot. Violence is gratuitous, language is vulgar and nearly every Nigerian film carries a Violence and Language (VL) warning.

Another delusion is the belief that Nigerian movies have global appeal. The truth is that Nigerian movies are only popular with Nigerians in Diaspora whose nostalgia and home-sickness find solace in Nollywood videos. Other countries find the obsession with witchcraft and fetish rituals quite laughable. No one can tell you that he went to a cinema to watch a Nollywood film; not even here in Nigeria. Indeed but for DSTv, Nigerian movies would have had no relevance. For this reason, the producers are only too glad to have their films shown on satellite television for peanuts and they have no control over exploitation and other rights, or how soon after their release TV can transmit them.

But the final responsibility for the state of Nollywood rests with us as a people. Nigeria and Nollywood will be great when we begin to give and demand nothing but the best; when we are no longer content with how-for-do ; when we stop extolling mediocrity and hyping up mediocre achievements, and when we stop comparing ourselves with only ourselves, instead of the best.
• Dr. Iroh, OON, wrote from Abuja