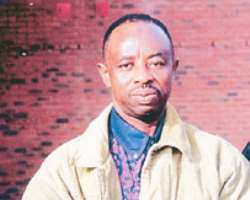 Frontline and multiple award-winning cinematographer, Tunde Kelani, has described a yet to be released movie, One Thousand Miles (Egberun Maili) as one of the flicks that will take the Nigerian movie industry to the promised land.

"Although you cannot find a perfect production anywhere in the world, this is not a bad movie. Another aspect of the film is the fact that the director has his own style, which of course is impressive.

"If every other movie can at least be of this standard, I can assure you that our movie industry would have been bigger than this," Kelani noted.

Defending his decision to use upcoming artistes as lead characters in the movie, Dotun, who also produced the movie in conjunction with African Urban Cinemas, said the idea is borne out of his creativity.

"Most of the stars we know are like dry clays that cannot be remoulded. Most of them are stereotyped. But with these fresh clay (referring to the upcoming artistes), I can creatively mould anything that suits my imagination," he said.

http://nollywoodgists.com gathered that the multi-million naira rated flick will be premiered in Nigeria and other parts of the globe soon.