Naeto C Back To School 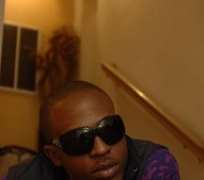 TALENTED hip-hop act and the handsome son of former Aviation minister, Mrs Kema Chikwe, Naeto has put on hold his singing career to go further in his education.

The dude who dropped a hit single 'ki ni big deal'that won him over a million fans is now a student of the Dundee University, Scotland for his Master's degree.

Gone were the blings and the fancy dresses he adored as a musician as he buries himself in his studies to 'satisfy Mummy'by making good grades and later take up his music career fully.