The Glitz and gists from AMAA 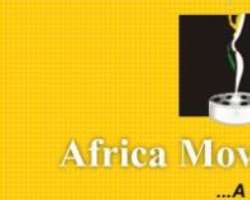 The much-anticipated African Movie Academy Awards, (AMAA) 2009, has come and gone, but, as the cliche goes, its memories have continued to linger. True... to its billings, the event proved to be a true celebration of African creativity in movies. Over the years, it had been criticised as “too Nigerianised.” But the just concluded 2009 edition proved to be the opposite.

Last year, because of some unrest in the Niger-Delta, the event was hurriedly shifted to Abuja. As if trying to make-up for that, the organisation of this year's event was world class. All delegates from all over Africa were given the royal treatment. It was all like a clock work. All movements had been timed. First, they were picked up from the airport in Lagos and then flown straight to Port Harcourt, Rivers State where shuttle buses were waiting for all those attending the AMAA. The shuttle buses did not convey all guests to their hotels directly in Bayelsa. Instead, they were taken to the secretariat of the Nigeria Union of Journalists (NUJ) where a buffet was waiting. At the same place, the shuttle buses dropped everyone off to in their reserved hotel. At the hotel, a shuttle bus or two was always available to take vistors whereever they wanted.

World class is the only way to describe the event. This year's AMAA had more presence of non-Nigerian. For one, it started on schedule, 7.00 p.m. prompt. Though it was past their bed time, Xplicit, a group of young dancers, kicked off the event by doing what they know how to do best. It was all cheers for them as the crowd requested their return on stage. The organisers had no choice butto bring them on stage one more time.

The M.C.'s of the night were last year's best female actress at AMAA, Kate Henshaw Nuttal and hillarious comedian, Julius Agwu. Between them, they were able to negotiate programmed events to a successful conclusion.

Also entertaining the crowd were numerous African legends including Salif Keita, a flute playing trio and J.Martins, who ably represented Nigeria with a mind blowing performance.

The annual African Movie Academy Award spurned a lot of suprises, as Nigerian movie makers watched helplessly, their Egyptian and Kenyan counterparts cart away awards for most of the categories. From A Whisper, a film done by Wanuri Kahiu, a Kenyan movie maker took the spot light as it won five awards including the much coveted 'Best directed movie award'. While chatting with Nigerian Compass after the event, the producer of the movie thanked Nigeria, the Bayelsa State government and the organisers of AMAA for recognising and honouring African movies. He also revealed the film, which is based on the Nairobi bombings in 1998, is a tribute to those who lost their lives on that day. 'I feel great about the awards. I thank the Almighty God for them. The bombing that brought about the movie was tragic. Kenyans lost their lives, Americans lost their lives, I thank God that the movie is a success. I never thought the we could win so many, but at a credible awards just like this, anything can happen,” he said.

Though their were some grumblings by a few Nigerian movie practitioners, Movie icon Tunde Kelani saw the massive participation and award winnings by non Nigerians as a good sign for the Nigerian movie industry. He believes it will help Nigerian movie makers to work harder. “Films from other countries winning the AMAA is a credible thing. It shows there is no bias, and it also will help us improve our movies. There is keen competition here. However, I have belief in our producers, so other contries should watch out.” Tunde Kelani's Arugba won two awards, best costuming and best Movie from Nigeria.

What was Fred Amata looking for? Many of the Nigerian actors felt dwarfed by the presence of their numerous counterparts from all over Africa. However Fred Amata is not someone to succumb to intimidation. He was seen all around the Cultural Centre, the event venue, pushing around an air of importance. He was also the longest on the red carpet. Denrele, the red carpet presenter, almost begged him off the carpet so he could interview other stars.

Respect to whom it is due

There was a side of the venue that had more people than the other, and that is the side were Olu Jacobs and his wife, Joke, were seated. Actors from all over were thronging towards them to salute the elephants. The duo did not have much resting time as they were busy shaking hands and smiling to the cameras.

She must have had the premonition that her movie, Jenifa, was not going to get any nomination. Despite that it is a favourite among many Nigerians, there were many production flaws in the movie. With the high level of scrutiny an award like AMAA is known for, Jenifa certainly could not have got any nomination. However, she emerged as the Best female lead role player for her act in the film. When it was time to receive her award, Funke was no where to be found. Eniola Badmus, who acted as Gbogbo Bigz Girlz in the movie was there to take receive the award on her behalf.

Joint winners:“For the Best and for the Onion” (Niger)“Malcom's Echo (Nigeria)

Battle of the Soul (Uganda)

From a whisper (Kenya)

Best Performance by a Child Actor

Best Performance by an Actor in a Leading Role

Best Performance by an Actress in a Leading Role

Best Performance by an Actor in a Supporting Role

Best Performance by an Actress in a Supporting Role

Heart of Africa Award for Best Films from Nigeria

Wanuri Kahiu - From a Whisper (Kenya)