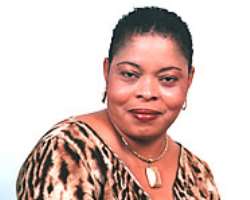 Toyin Adegbola a.k.a Ajoke asewo to re Mecca
Listen to article

TODAY, the city of Ibadan will witness the influx of who-is-who in the nation's entertainment industry as Toyin Adegbola (Ajoke asewo to re Mecca) celebrates her 25 years on stage.

The silver jubilee anniversary of the popular actress is being put together by African Movie Star, an internet based publication with headquarters in Charlotte, North Carolina, United States of America.

Adegbola is one of the very few actresses in the country who has contributed immensely to the make believe profession.

Her role in the movie, Ajoke Asewo To Re Mecca some years back brought her to stardom and she has been climbing the ladder of success since then.

Today, the popular De Executive Suites located at Oba Akenzua Avenue old Bodija will be agog for the celebration of the versatile actress.

A widow, Toyin lost her broadcaster husband few years back and since then she still recollects with nostalgia the sad day.

25 years after she began her career, Toyin is decorated with the epaulette of success, commitment and hard work.

To make her silver jubilee anniversary a success, wake making fuji artiste and Glo brand ambassador, Wasiu Alabi Pasuma has promised to be there to add spice to the event.

Other artistes billed to perform at the event include Taiye Currency, Yinka James, Femolancaster, Queen Bebra among others.

High rising broadcaster, Wale Dada popularly known as The Good and Olowoketu are to anchor the event which will have the likes of Alaafin of Oyo, Oba Lamidi Adeyemi, Chief Ebenezer Babatope, Sir Alex Akinyele, Dr. Yemi Farounbi among others.