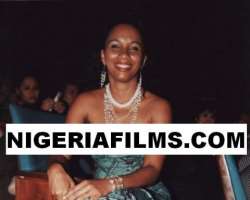 Reprieve came the way of ex-beauty queen, Ibinabo Fiberesima, this morning, as she was granted bail by a Lagos High Court.

In her ruling, Justice Deborah Oluwayemi said the application for bail filed before the court by Mr. Fred Agbaje and Mr. Abiodun Onidare, leading six other lawyers for Ibinabo, was not controverted neither was it contradicted. She further said her counsel argued that she is ill, being the only person taking care of her children and assured the court that she will not jump bail. Justice Oluwayemi further said for the fact that she obeyed the court order when she was summoned to appear before the court, she will exercise her discretion in her favour.

Consequently, Ibinabo was admitted to bail, subject to the following conditions; payment of N4 million with two sureties who must be property owners and the Certificate of Occupancy should be deposited with the Chief Registrar of the court. The accused must deposit her passport with the court, while the sureties must produce three years tax clearance. The ex-beauty queen had earlier been sentenced to five years imprisonment without an option of fine, having been found guilty of murder through reckless and dangerous driving.

The convict, who was given an option of N100,000 fine at the trial magistrate's court, was sentenced by Justice Deborah Oluwayemi, after the Lagos state government had appealed the lower court's judgment. But at the mention of her application for stay of execution of the judgment on Thursday, 19 March, her lawyer informed the court that Ibinabo was hospitalised in a Port Harcourt hospital. The counsel brought a sick report to buttress his claim. However, Justice Oluwayemi rejected the medical report and ordered the convict to appear before her. She said her application for stay of execution would not be considered until she personally appeared before her. She, however, appeared in court on Monday, as directed by the presiding judge and was sent to Kirikiri Maximum Security Prison, while the medical director of the prison was ordered to attend to her medical needs to ascertain her ailment.