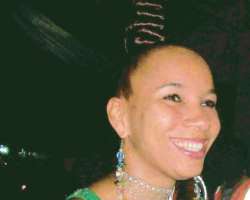 Star actress and mother of three, Ibinabo Fiberesima who was sentenced to five years imprisonment recently for causing the death of a medical doctor, Dr. Giwa, in a car accident on February 26, 2006 may not easily wriggle her way out of the case if words by a lawyer are anything to go by.

“The case is even beyond the Giwa family, the state government, through its Ministry of Justice is now the one suing. Another thing working against Ibinabo is the fact that the trial judge is a woman. Women judges don't care a hoot whether you are a star or not, especially when the case involves the loss of life. If Ibinabo doesn't want to compound her matter, she had better appear before the court in order not to be seen as contemptuous of the court”.