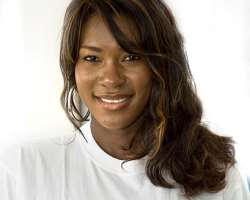 The three female top artistes are in the race for the top prize with Corine Onyango (Kenya), Nadia Buari (Ghana) and Nse Etim making the AMAA diadem a straight fight among the six of them.

Stella, Stephanie and Funke are in the race for their roles in State of the Heart, Reloaded and Jenifa respectively.

He described about 25 films that made the nominations as the best from Africa adding that the films represent the story of Africans from different parts of the continent.

"The journey to this point has not been easy if you have to consider the amount of work we had to contend with to reduce the nomination to the last 15 from over 400 entries all over the continent. We have released the nominations and the AMAA jury will sit again to decide who wins what at the ceremony.

"Let me add that African film makers have come of age. We at AMAA are setting the standard for movie making with the awards; I am sure our films will be more competitive on global scale," Hussein said.