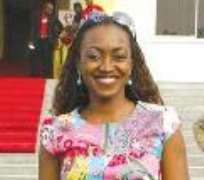 The Nigerian movie industry is set for a new dawn as a United States-based movie director, Gugu. E. Michael, has arrived the country to shoot a multi-million naira chart buster.

Gugu, who arrived Nigeria in company of his production crew from the United States of America few months ago, has commenced the shooting of the film in Victoria Island.

Tentatively entitled Pastor's Wife, the flick has been budgeted to gulp over N50million.

Some of its cast include Kate Henshaw Nuttal, Benita, Nzeribe, Tuvi James and Leila Lincy, a Kenyan actress among others.

According to Gugu, the movie will parade more of new artistes “because the idea behind this movie is to introduce new dimension into film making industry which will set a new pace for others.

“Besides, since the movie will be promoted across the globe, it will be an opportunity to discover new talents and faces for the Nigerian movie industry, which in the long run, makes them Hollywood stars.

“This is a movie that will depict real life situation in actual sense. For instance, there is a love scene where two lovers will engage in real kissing, not the artificial ones we see in Nollywood movies.”

According to the award-winning director, Nigeria is chosen for the highly rated movie because the country is blessed with talented artists, but it is unfortunate the practitioners are not exploring them.

“Without saying much, I think Nigerians have a lot to learn from this movie”.