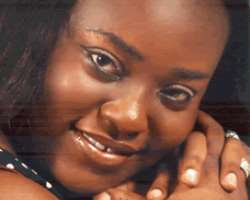 Award winning female filmmaker Emem Isong is out with another blockbuster for movie buffs to watch and applaud. Entitled Reloaded, the star-studded flick was jointly produced by Isong and top actor, Desmond Elliot. Prior to its recent release in Nigeria, Europe, the US and the rest of Africa, the suspense and intrigues filled movie, had already been premiered to a global audience in Lagos and Abuja respectively amid accolades and ovations. Now selling globally courtesy of Nollywood Distributions Limited, the big budget project, is also enjoying rave reviews from pundits and critics alike.

Among the leading thespians that thrilled and swoon hearts in the production are: Ramsey Noah, Van Vicker, Desmond Elliot and Uche Jombo. Others include: Ini Edo, Rita Dominic, Stephanie Okereke, Monalisa Chinda, Mercy Johnson, Omoni Oboli and a host of others. Speaking on the laudable project, cerebral Isong, a Theatre Arts graduate from the university of Calabar, maintained that the movie remains one of her most challenging in recent times.

Isong, also a scriptwriter further added that she got the storyline from every day situations in the society, with emphasis on those fond of cheating their partners in any relationship. “ Reloaded means different things to different people in our society, for lovers still courting, there is a whole lot to learn from it.

Also, for married couples, it is a must watch. It is basically, a movie we all can learn from and readjust our lives for the better. The central theme is that couples, lovers and spouses must be

faithful to their partners, and if they do not, the consequences will definitely be too severe”, she warned.

The highly opinionated female filmmaker, who is currently in the US and UK, promoting the thriller, said she was also excited producing the movie with top actor, Desmond Elliot, whom she described as a friend and brother. She said they both teamed up in order to further raise the bar of quality movie productions in Nollywood, stressing that the new partnership would definitely take them to the next level. Lancelot Imasuen and Ikechukwu Onyeka, jointly directed the fast-paced movie on various choice locations within the Lagos metropolis. Meanwhile, aside Nollywood Distributions limited, Reloaded, which is on both VCD and DVD, is also available in other leading video marts and outlets nationwide