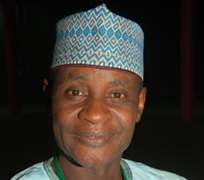 Ahead of the crucial Nations Cup encounter between Madagascar and the Super Eagles, the Nigeria Football Federation (NFF) has hinted that it will abandon other programmes to ensure that the Samson Siasia-handled side came out victorious.

Glass House boss, Aminu Maigari, told the media in Abuja that the federation had already given a mandate to the team to do everything possible to secure an outright victory in the duel billed for Antananarivo in September 3, just as he added that the federation would go extra mile in ensuring the Super Eagles' victory.

He further disclosed that the executive board would collaborate with the technical crew and players to fine tune arrangements ahead of the game, stressing that the federation is aware that securing the three points would act as morale booster when the team plays Guinea in one of the groups' last games in Abuja.

'The NFF is, for now, concerned with the headache of ensuring a sound victory against Madagascar on September 3. This is because I believe that it is that match that will determine our qualification for the Nation's Cup. I know that the Guineans will not prove a big threat for us in Abuja. 'So, right now, I am more concerned with no other task than winning the match, so as to give the players morale booster when they will face Guinea, knowing that a win against the Guineans could see them winning the sole group's ticket,' he said.

A committee member, who spoke to moments after the meeting noted that unlike its previous meetings, the last weekend had to end timely because it had nothing much to deliberate on following the inability of Samson Siasia to appear before it with the Eagles list.