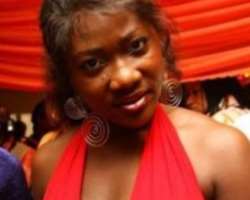 The controversy surrounding one of Nigeria's movie industry best actresses, Mercy Johnson over her marriage plan to Prince Odianosen Okojie has been dividing many people who woke up last week to read a shocker that not only that the Edo Prince Odi is married, he also has two kids to show for the union.

Some, who are quick to condemn the star actress, blamed her for venturing into another woman's territory; some others were full of pity for the super star who has done so much for the make believe world.

Although, the gifted thespian publicist, Big Sam Media was quick in responding to the issue but many of the Kogi born star fans still want to know how she got herself involved in such a situation.

Many advise Mercy to call off the wedding, but here are some facts that make it difficult for her to take such a bold step.

The August 25, 26, 27, and 28 wedding of Mercy and Prince Odi has already gulped N30 million. Everything is practically set for the nuptials slated to be a high society event with stars of movies and music lining behind one of their own.

Mercy already has a diamond engagement ring, and the wedding bands have been bought from the United States of America.So, has the wedding dress, and all the paraphernalia.

Both of them were away in United States many weeks back and also went to Europe to shop for the wedding.

The events planner has been briefed and paid, and a band (Storm Band) picked.

Aso ebi for friends and family have also been bought, and distributed.

The invitation cards, a cream affair, with picture of Mercy and Odi as seal (on the envelope) started making the rounds last week. Many of the invitation cards were accompanied by a bottle of wine to guests (in a specially made bag with the names of the couple, Mercy weds Odi).

Apart from all the reasons stated above, tales are over town that one of the major reasons Mercy Johnson is in distress is because she's pregnant. And calling off the wedding when she's expecting her fiancé's baby has been a source of confusion.

But an insider maintained that the Nollywood actress is not pregnant!

Will Christ Embassy go ahead with the wedding in spite of the facts on ground?

There are efforts to convince the church to go ahead with the wedding. And on Friday, August 5 and Saturday, August 6, 2011, Odianosen and Mercy were with elders of Christ Embassy, eager to know the stance of the church.

But they have not given any verdict. The Church, which reportedly told lovely to produce the marriage certificate (which she said Odianosen took away), have deferred its decision till Friday, August 12, 2011.

Mercy is said to be making wide consultations since her parents told her that the decision to continue or call off the wedding was entirely hers.
Even on Sunday, she met with some church leaders.

Sources further revealed that a meeting between the actress, Odi and members of both families has been arranged for Friday, August 12, 2011 with Christ Embassy top pastors. And there, the decision will be reached on the next step to take.

On Friday,Mercy decision to call off the wedding or not will be known.