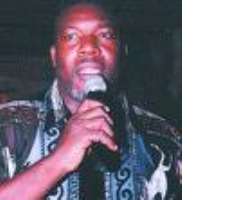 AS the legal battle for the soul of the Actors Guild of Nigeria [AGN] continues at the law courts, a passionate appeal has gone to the United Bank of Africa; the official bankers of the actors' union to freeze its accounts.

This plea was delivered in a petition addressed to the Managing Director of the bank in which it intimated the bank of a current suit pending at the Federal High Court, Lagos challenging the presidency of Mr. Ejike Asiegbu as the president of the guild and for acts bordering on embezzlement and misappropriation of the guild's funds.

The petition was signed by the leader of the group, Mr. Steve Eboh, erstwhile 1st vice-president of AGN, who also instituted the suit against Ejike Asiegbu, while the board of trustees of the guild and the guild were seconded.

Attached with the petition sent to the bank are photocopies of the suit; No. FHC/L/CS/5579/08 filed at the Federal High Court, Lagos on November 25, 2008.

The suit is to determine amongst other thorny issues, whether Mr. Asiegbu's tenure as the president of AGN had not elapsed on June 28, 2008 as provided for in clause 13A of the constitution of the Actors Guild of Nigeria or whether upon the expiration of the tenure of Mr. Asiegbu, he can still parade himself as being the president of the AGN.

The first hearing of the case was carried out last week. Proceedings was adjourned till March 3, 2009.