Nollywood has lost it, says Arinze 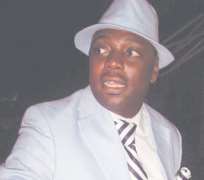 Although, he took a break from the industry for a couple of years just to reposition himself, this year, the star is back and shining brightly. In this interview with Ada Onwuanum, he talks about his expected TV shows: 'No Holds Barred' and 'Back In The Days'and his assessment of Nollywood industry.

You have been very scarce in the home movies, is it a sign of retirement?

Why will I retire? I can't retire. This is the only job you don't retire unless you are tired. The only thing is that I just took a break. I needed a break to get myself positioned; reposition myself and do other things at the same time. I'm not retiring, I'm still working and besides, if you look at it very well, Nollywood has been inactive. For a while, nothing seems to be happening. It's like it is almost dead.All we need to do now is to rally round to take Nollywood back again to the top. Right now, the Ghanaians have taken over. There was a time when the Ghananians said we should not sell our home videos in their country because we were influencing the society badly. Today, they are the ones that are now taking over the job. We call ourselves the third largest in the world, yet, we are not organised. Let me just give you another example of how we messed ourselves up. Many years back, the Malaysians came here to learn how to use palm kernel to make palm oil. Today, they are the largest exporters of palm oil and palm kernel. We neither value ourselves nor our system. We are in the country where a star comes after three months, four months, a year suddenly he disappears and no one bothers about him again.

What do you think is the cause of all these problems?

We are the problem of ourselves because we are yet to get ourselves right.

What was your growing up years like?
Like every other normal child, I played the normal pranks, got advice from my parents, made friends and all that, but I was careful not to allow my friends to influence me. I had a lot of friends when I was growing up, I saw kids smoke but I didn't smoke. The only place I smoke is when I'm acting.

Is sexual harassment in Nollywood real?
Those who have been harassed will tell you whether it is real or not. I hear about it but I also think it's real. If any young girl comes to the industry, feels sexually intimidated and she gives in, I will tell her she is stupid. Let me tell you one example; there was one time we were doing a project, we had to go round the country for people to register. One girl called me one day and said that one of the boys in the crew was harassing her sexually and I said Ah! She said the guy promised to put her on the show if she slept with him. I now asked her whether she slept with him or not and she answered yes. I told her she was stupid and to stop calling my phone henceforth. Why should she sleep with somebody just to give her a role?You see, if you have talent and you believe in yourself you don't have to succumb to anybody's harassment. Your talent should be your number one priority. They should see you for who you are not for your physical nature, because when a producer or a director sees a young and beautiful girl, it is just normal for him to get attracted. But, it doesn't have to be by force. If along the line, they then like themselves, they can commence a mutual affair.

Have you been sexually harassed before?
By who? I have never been harassed. Why will anybody want to harass me? What are you harassing me for?

If you are given the opportunity, what is that thing you will like to change in the Nigerian Movie Industry ?

A lot of things. There are many problems, but you can't be the Messiah. You can only come and contribute your own quota to it. You can't save the world because you are not a superman.neither are you Jesus Christ. You can only do the ones you can do. But if I am in power, I will take the challenges one after the other with a view to solving the problems.

Which movie actually brought you to limelight?
So many movies brought me to limelight; movies like The Contractor, Mega fortune on Television, Silent Night, Vulgar, Battle of Love are just some of them..

How do you feel when you watch yourself on the screen?

Do you remember the number of movies you have featured in or have you lost count?

Which one is your best film?
I don't have a best film, the best of me is yet to come.

Of all the characters you have played, which one was the most challenging?

So what has been the driving force that kept you on ?

God has been my driving force, the beginning and the End. He gives everything, so no other person will take that glory.

How do you handle female fans?
I handle them the way I handle my male fans. I respect them. Let me also say this, for most of those who are in the public eye particularly male, whether you are a singer, an actor, fashion designer, the worst thing that can happen to you is to take your female fans for granted. Just because I think she likes me therefore I must take advantage of her. You will kill yourself . Just keep them out there, be friendly, don't be rude. But also, you must understand that we are human beings and sometime you can also have your own mood, so it has to be respectful. You respect your fans because they made you what you are and your fans also respect you, but sometime there are some fans that are very lousy, but you learn how to manage them as well.

What is the craziest thing a woman has told you or done to you?

Any crazy thing a woman has said to a man he has to accept it. I don't have female fans telling me vulgar things. I'm okay with that. They keep appreciating my eyes and my work.

What attracted you to your wife?
That one no concern una. That one is my personal business, how I met my wife nobody dey there, so make una mind una business. I'm married, I'm married; make una stay una own, make I stay my own. I don't talk about my private life on the pages of newspaper, it's not good. My wife doesn't like this kind of publicity and I respect her.

You have been married for how many months now?
How many months? That is my business too, I think you should stay out of that too.

What happened to your music career?
Ah! that is a very tough one. Well nothing happened to my music career. It's just that there was an attempt to come up with an album, but things didn't go right with them. Music is very dynamic, I have done the music, the album is ready and all that but, label for one reason or the other , were dragging their feet. We did quarrel, but eventually somewhere along the line we will pull the album out.

When are we expecting it?
This year I will not tell when, but definitely by first quarter of this year it will come back on air. And then, we have 'Back In The Days' that we were doing, 'Back In The Days' is where we used to celebrate the old musicians, new musicians, new artist celebrating old artist. We put it together back in 2007. We are trying to put it together this year again. We couldn't do it last year because of some circumstances beyond our control but we try to do it this year.

What will you say is your greatest achievement so far?

Being alive and getting to the age I'm right now, still working and praying to God that I will live more years ahead. It will be my greatest achievement.

What are your plans this 2009?
As I told you I have 'No Hold Barred', 'Back In The Days', Badagry tourism thing, so many other things I need to come up with. As we all go on, things will begin to unfold.

Do you have any regret so far?
No, I learn not to regret things. I don't like regretting things, when things happen I take them the way they happened. When you regret you dwell in it. I learn from my mistakes, and try as much as possible not to pass that road again. Regret is a lot of burden. It weighs you down, so learn how to move on.

How do you relax?
I like to sleep when I have the opportunity because I work a lot. So, when I'm less busy, I like to sleep and listen to good music. I like good food, I like wine and sea food. And of course, never ever take away my Guinness.