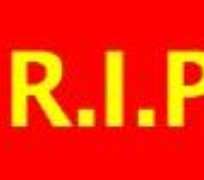 She died yesterday afternoon, in Lagos, following a protracted illness which had affected her career for sometime now. She was said to be suffering from cancer. Although details of her death were still sketchy as at the time of filing this report, http://www.nollywoodgists.com learnt that the late actress, fondly called Abeni Aworuru by her Yoruba fans, died while receiving treatment in a private hospital in Lagos.

Investigations revealed that before her death, the late Momoh had been complaining of swollen legs, a situation many attributed to elephantiasis. Her condition kept her away from the limelight for over a year before she finally died.

Before her death, http://www.nollywoodgists.com gathered that close associates and family of the deceased had made frantic efforts to bring her back to limelight, but the ailment relapsed recently and she was later hospitalised.

Confirming her death, President of the Association of Nigerian Theatre Arts Practitioners (ANTP), Prince Babajide Kosoko, in a text message sent to members of the association early this morning, announced that the actress will be buried today, at her Ikorodu, Lagos, residence.

Kosoko also prayed for the repose of her soul and urged all members of the association to pray fervently against such occurrences this year. Also reacting to the news of her death, movie producer and actor, Yomi Fabiyi, described the late Momoh as a versatile actress who encouraged the younger ones to give their best in the make-believe industry.

The late Momoh, apart from being a popular Yoruba actress, endeared herself to lovers of comedy, when she played Mama Ajasco in the Papa Ajasco and Company television series, created by Ikebe Super exponent, Wale Adenuga, a few years ago. She was later sacked alongside the former Boy Alinco, Adebayo Bankole, and the current Papa Ajasco, Abiodun Ayoyinka, for alleged breach of contract.