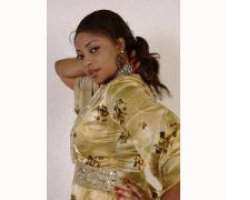 Biodun Okeowo's search for a man that will mean the world to her may have finally come to an end if the tale hovering around the popular actress, otherwise known as Tolani Osinrin, is actually realistic.

An industry source scooped that the fair-skinned thespian, after many years of being a single mother, has warmed herself into a new relationship.

“The dalliance is altar bound”, said the source.

An insider also squealed that the talented role interpreter met the new Romeo sometime in 2010 during one of the latter's trips to Nigeria.

Since then, the romance has been waxing stronger and stronger. Not only that, Tolani Osinrin is enjoying a robust attention from the Dublin, Republic of Ireland guy whose name was simply given as Bernard.

He is said to be a native of Abeokuta, Ogun State.

The actress, we were told, has started telling those who care to believe that she is now in a serious relationship that will lead to the altar, all other things being equal.