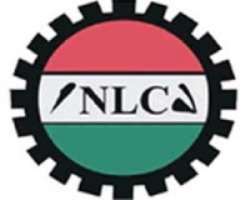 The Federal Government yesterday averted a three-day warning strike called by Labour to force payment of the N18,000.00 new minimum wage. The industrial action would have started today.

The President signed the bill into law n March this year. Even though the governors agreed to pay after a meeting with the Nigeria Labour Congress (NLC) and Trade Union Congress (TUC) last Friday, but Labour's insistence on arrears of payment and a written agreement led to the impasse that was broken after a meeting with the Secretary to the Government of the Federation (SGF), Sen. Anyim Pius Anyim.

However, in preparing for the strike, the National Union of Petroleum and Natural Gas Workers (NUPENG)and PENGASSAN have ordered total closure of all filling stations across the country in order to give a bite to the action. In a communique, both parties agreed on payment of the new wage from August 31, 2011 for levels 1-16.

There would be no lifting of oil from the depots and no dispensing of petroleum products at the fuel stations. The aim is to paralyze economic activities and compel government to implement the wage agreement, which was signed into law three months ago.

Briefing journalists in Lagos yesterday, NUPENG president, Comrade Igwe Achese, said that they regret to inform Nigerians that up till Tuesday, July 12, when the National Executive Council (NEC) meeting of the NLC was held in Abuja, the federal and state governments as well as other employers of labour, delayed or deliberately failed to implement the minimum wage of N18,000 which was signed into law.

He said after a debate, NLC's NEC unanimously decided to embark on a three-day nationwide warning strike to call governments and other employers' attention to the minimum wage palaver on Wednesday (today).

The NUPENG president said in the present circumstance, petroleum tanker drivers have been directed to stop lifting of fuel till the duration of the strike, adding that those who mismanage the economy and their cronies are enemies of the state and enemies of Nigerian workers.

He said after the expiration of the three-day warning strike, NUPENG would begin its own action over the anti-labour activities of the Shell Petroleum Development Company (SPDC).

According to him, NUPENG has given SPDC 14 days ultimatum to right the wrongs in its establishment but the oil firm has refused to do that let alone dialogue with the organization. It added that government did not also deem it fit to call the organization to know what was happening. He said that SPDC does not care about the welfare of its workers.

'We have resolved to embark on our own strike after the expiration of the minimum wage warning strike on Friday. We will start our own three days warning strike from next Monday to draw home our prayers.'

On its part, senior oil workers under the aegis of Petroleum and Natural Gas Senior Staff Association of Nigeria (PENGASSAN) has directed its members to ensure total shut down of all oil and gas installations and plants nationwide.

The directive according to a statement from the association, signed by its Media Officer, Babatunde Oke, is in full compliance with the directive of NLC and TUC to begin the strike today.

The union's president, Babatunde Ogun, was quoted as saying that that unless the law is repealed, there is no alternative to the implementation of the Minimum Wage Act to the letter.

Meanwhile, Lagos workers are spoiling for war with the state government amid a claim that it has started the implementation of minimum wage, insisting it would participate in the strike.

At the forefront for workers participation in the strike are public servants working in the state-owned broadcast stations. Their unions led by Comrade Samuel Dada and Segun Onafowokan had threatened to participate in the strike since the state government had failed to pay them the recommended wage.

Acting Chairman of Ebonyi State NLC Comrade Ikechukwu Abugu, has directed the entire work force to proceed on the strike. In a statement issued in Abakaliki yesterday, the council recalled that over three months since the minimum wage became law, no government 'whether federal, state or local governments has implemented it, including the private sector employer.'

He said that even though all the state governments have promised to pay, 'there is no negotiated payment table on which the minimum wage is based.'

He accused some governors of holding some of its members to ransom on the implementation of the new national minimum wage. The Rivers State council of NLC has reiterated its preparedness to begin the strike today.

It has also directed its affiliates and other social partners to immediately set up strike monitoring and enforcement committees to ensure total compliance with the strike directive.

Comrade Onuegbu urged the public to disregard the statement credited to one Richard Uche of Nigerian Employers Consultative Association (NECA), as it did not represent the interests of the TUC and NLC.

Chairman of Yobe State NLC, Comrade Lawan Ibrahim, has said that President Jonathan has betrayed workers. Comrade Ibrahim, who stated this while addressing newsmen in Damaturu on Tuesday said it was unfortunate for Mr. President who early showed concern and reasoning, signed the N18,000.00 minimum wage bill into law to soft pedal.

According to him, he should be a man of his words and respect laws and genuine agreement for the respect of his person and his office.

On its part, the Nigeria Labour Congress (NLC), Niger State has concluded arrangements for the take-off of the strike.

State chairman of the congress, Comrade Umaru Ndako told Daily Sun in Minna that workers in the state were set for the strike, pointing out that unless there was a counter directive either from the NLC or TUC.

Meanwhile, workers in Anambra State were yesterday placed on red alert for the strike.

Banks and markets witnessed a rush as people made panic withdrawals and purchases in anticipation of the commencement of the industrial action. When Daily Sun visited NLC office in Awka, the chairman, Comrade Patrick Obianyo was said to be out of office, but an official of the state NLC, who did not want to be named said the state was ready for the strike and has directed workers to comply.

He however said that they were also waiting for the outcome of yesterday's meeting by the leaders of the workers' body.

Also speaking, the state chairman of RATTAWU, Prince Emeka Kalu, said that workers in the state were ready for a total shutdown today.

He said, 'If there is no counter directive by 12 midnight, it means the strike will hold and it will be total shutdown. Everybody will stay at home.'