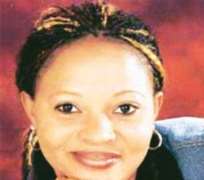 Star actress Moji Olaiya has called it quits with her husband, Mr.Okegbenro the man she wedded three years ago.

According to source, the actress just moved into a rented apartment of her own inside Omole Estate, Lagos.

Sources revealed that the decision to move out of her matrimonial home was the fall out of two major ailments that afflicted the union-allegations of wife battering and having a child out of wedlock against the husband.