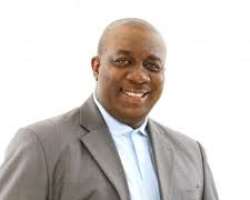 Report at our disposal reveals that Ace Movie Director Zeb Ejiro,his cast and crew were robbed on Saturday,June 11,2011 inside his Surulere,Lagos office by two armed robbers.

Zeb spoke about his ordeal in the hands of the hoodlums in a recent interview;

On that faithful day I drove into my office premises. It was raining. So as I was waiting for my staff to get me an umbrella, a young man walked in with a gun pointing directly at me. I initially ignored him thinking it's one of those actors on my location.

I guessed wrong as the blood shot eyed intruder order me out of my car. Before i could heave myself out of the Jeep another gun-totting man entered with a thundering assured voice, 'Yea this is the man' that statement jolted me to realities.

His words: “At that point I knew they meant business as I was ordered back into the Jeep as they demanded, 'Where is the money? I say where is the money open that place (pointing to a particular spot between the two front seats)?' But I kept telling them I have no money any where. They led me into the office and after searching in vain they decided to collect any valuable item on sight”, he explained.

Among items stolen include my laptop, mobile phones, some cash i cannot easily remember the exact amount.