Actor Jim Iyke is not DEAD! 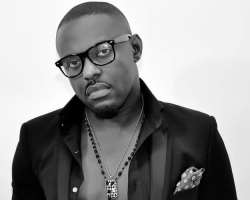 The actor is shocked with the news making the rounds that he was killed via an accident along benin expressway recently.there have also been whisperings of an assasination but hell hath no fury like a man who reads of his obituary whilst alive(dead body dey read?)

He cries out ''Stella this is so freaking annoying,do you know the trauma my mum and family went through?my whole family almost went crazy with the false news,and this is not the first time,i ignored the other ones but this time i have to say something''.

''If hatred and prejudice is the narcotic of choice by certain members of the press, blog and site runners, then the Cocaine is JIM IYKE.

I have been singled out as a target of this conspiracy thereby deeply disrupting the emotional and psychological well being of my family and loved ones.

They apparently plot my down fall and even demise, but they fail to understand that I am not a star.

I cannot fall by the mere wishes of men; I am a product of Jehovah's engineering.

I was made by Jehovah to give light to many.

I am an epitome of God's promise, indestructible by haters, they plot and Connive in vain, those that lust my failure and demise.

For I am chosen.

I shall never be a conduit of hate.

I was born Ikechukwu

God is my strength.

I shall walk through a valley full of death merchants and nay sayers and fear no recourse.

For he who He has blessed, no man or woman living or dead can curse!