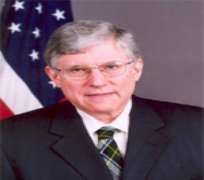 Just recently John Campbell the former United States ambassador to Nigeria was denied visa by the Nigerian government to visit Nigeria where he was scheduled to speak at the graduation ceremony in the American University of Nigeria in Yola. A few months ago Nigeria spearheaded the unpopular call to forcefully oust Laurent Gbagbo of Cote d’Ivoire from power despite the fact that the Supreme Court of that country had ruled in favor of Gbagbo as the winner of the disputed election result. About the same time also Nigeria went contrary to the majority decision of members of the African Union concerning the Libyan Crisis. Nigeria signed to destabilize and destroy Libya by groups which recent facts coming out following the death of Osama bin Laden show that they may have connections with the international Islamic terrorist network, Osama bin Laden’s al-Qaida.

How do these stories connect? They are the pathetic painful tossing and thrashings of a diseased murderous monster at the throes of death. The ill-fated behemoth, Nigeria is choking in the blood of innocent children, women and men that it has murdered over several decades and it is spending the terminal stages of its existence throwing tantrums. And as it were, with soiled hands Nigeria is grabbing at every gossamer strand, weeds and straws, gasping and trying to save its last breath. Nigeria is drowning; in the blood of the slain Igbo/Biafrans and other Southern Christians, it is dying and it is blaming everyone else but itself. This is true to form of the country.

Nigeria hates to hear the truth about itself which is why it is in pains anyway. The ambassador John Campbell is being blamed by Nigeria because he was sincere enough to be critical of Nigeria in his book; Nigeria: Dancing on the Brink. He alluded to the predictions on Nigeria’s inevitable destiny as pointed out by a research group. The group that carried out the study has no link with the respected diplomat, Mr. Campbell. The published report which is accessible to the public has it that Nigeria will disintegrate into several countries along ethnic/cultural lines in the year 2015. This prediction by the group, of course is based on very sound and obvious conditions that are currently playing out and assuredly leading up to the fulfillment of the predictions by the dispassionate analysts.

Nigeria’s 2015 “doomsday” is actually freedom date, the time when all the peoples who had been falsely and forcefully subjugated in an inconvenient union shall be free. The best thing that Nigeria can ever do to prevent the coming of that day is what they have just done; persecute and kill the messengers, those who tell them the truth, people like John Campbell. Of course Nigeria can do whatever they wish at this late hour, the Ambassador and other honest people the world over will have the last laugh because in about four years from now there will be nothing like Nigeria as we know it today. It would have disintegrated as the Ambassador and other people have foretold. One of the many important reasons why this will happen also comes from the same honest and bold Ambassador. This time was during the December 2010 annual event of Chinua Achebe Colloquium by the Brown University Rhode Island in the United States. In his speech titled: “The Niger Delta Crisis: The Political, Economic and Environmental Conundrum” Mr. Campbell in his usual honest and sincere candor stated the obvious when he said that Niger Delta and its people are under colonial rule of both Nigeria’s government and the oil companies operating in the area. In his words the; “imperialists in that case are not some foreign country, but some other parts of Nigeria.” (The Northern and Western Regions Islamic hegemony).

And what is Libya’s connection in the equation? In March 2010 Libya’s Muammar Gaddafi had called for the division of Nigeria along ethnic/cultural lines to help end the endemic killings of innocents in Nigeria. At the time the Northern Islamic extremists had as usual slaughtered thousands of Igbo/Biafrans and other Southern Christians. When Libya’s Gaddafi made the call, Nigeria as expected, instead of acknowledging the truth of Gaddafi’s sincere statement went berserk. It expelled Libya’s ambassador to their country and recalled its own from Tripoli. That was Nigeria’s solution, the best foot it could and can ever put forward in all situations that require honesty and competence.


When Gaddafi made the very obvious and logical statement, Nigeria’s elite who are the beneficiaries of the vile system, feeding fat from the filthy Nigerian table which is continuously made viler daily with the spilled blood of Igbo/Biafrans and other Southern Christians shed by the Islamic North, called for the head of Gaddafi and when they could not have it waited for the opportunity that would present itself a year later. That opportunity came when the al-Qaida’s backed rebels capitalized on the popular uprising in the Arab world and struck to cause trouble in Libya, Nigeria cashed in. Nigeria went against the consensus of the majority of the members of African Union and sided with the rebels of Libya. But the question is how long can the destruction of Libya help stave off the inevitable fate of Nigeria, the demise of a rudderless ship on a collision course with the jagged iceberg?

Cote d’Ivoire was among the five nations that gave recognition to the Republic of Biafra when she declared her independence from Nigeria on the 30th of May, 1967. Cote d’Ivoire as well as taking in Biafra’s Leader Emeka Ojukwu when he had to leave also took in a lot of Biafran survivors of the Nigerian Genocide in Biafra (3.1 million people were murdered by Nigeria between 1966 and 1970) and gave them safety and a new beginning. For that Nigeria never forgave Cote d’Ivoire. Nigeria saw Cote d’Ivoire as part of the obstructions that prevented them from finishing off their avowed human quarry, the Biafrans whom they wanted completely destroyed from the face of the Earth. So when the time came for Nigeria to get even with Cote d’Ivoire they championed the call to the regional body Economic Communities of West Africa, United Nations and France to use force and commit genocide on the Ivorian civilian population and destroy the country in spite of the illegality of their actions. Nigeria had conducted elections in 2003 and 2007 and both elections were regarded as among the worst rigged elections of all time anywhere, by every standard. So one wonders where Nigeria gets its moral strength from to justify their support of removal of anyone accused of electoral malpractice if it were not the case of the kettle calling the pot black.

With all that go on in and about Nigeria one keeps wondering just how some Nigerian commentators who of course are serving as the Islamic Northern Nigeria’s mouthpiece could find time to focus on Middle East issues. Recently one of them in an article went to the ridiculous level of calling on United States to break from her relationship with Israel. The writer’s insane reason for the call is that some 12 Nakba multiple-border protesters of Israel’s right to existence were killed when they rushed at border fences and Israeli forces. (The question is if the writer knew the difference between self-defense in Israel and unprovoked aggression in Nigeria)? Now the trouble is that this person who wants to be regarded as being sympathetic with an “oppressed” people of the world is just another of those insincere and confused government sponsored critics who pretend to commenting on world issues when they have no enough honesty by first acknowledging in true perspective the ugly events taking place in their own places of origin. (They are playing out the usual old trick of diverting people’s attention from real issues at hand). A people’s blood is being unnecessarily wasted by Nigeria but the unconscionable writers and advocates would prefer their distorted “patriotism” over the people’s lives. The entire Igbo/Biafra and other Christian population can be wiped out by the Islamist jihadists, that is alright, so long as the One-Nigerian state is preserved for the writer and the rest of his ilk. Yet these great One-Nigerianists most times prefer the residential comfort of other societies made right by honesty and truth, to their “wonderful” One-Nigeria. That writer’s opinion would have been better respected if he had spent the same energy talking honestly on Nigeria’s last April polls when Nigeria and Nigerians once again murdered 3000 and displaced 65000 Igbo/Biafrans and other Southerners just for being Christians and believing differently. (Even Nigeria’s president elect Jonathan acknowledged that the Igbo/Biafrans killing orgy that followed the April election was a reenactment of the prelude to the Biafra War of the 1960s). Please see that writer’s link for further reference; http://elombah.com/index.php?option=com_content&view=article&id=6597:america-must-break-with-israel-as-good-a-just-middle-east-policy&catid=51:paul-i-adujie&Itemid=72

The truth though is that dishonesty and senseless championing of a “patriotism” based on unreason have never preserved or advanced any society. Nigeria’s ship has run its course; it has hit its fated rocks as a result of the bestial and dishonest people who have heedlessly operated the diseased vessel against all standard navigation rules and caution, the deadly journey must end now. The world has watched with bated breath, almost helplessly, as Nigeria continued on this dangerous journey, destroying every good thing that would have been in the past fifty years. For Igbo/Biafra people the only reasonable thing to do is, rather than continue to fight for an undignified existence and political relevance in this capsized and fast sinking ship and, trying to bail out the water with blood-stained sieve, they should abandon ship now; they are in the process anyway, but they must hasten up. Why go down with a dead ship that would not stay afloat no matter how well you wish for it to? The rest ethnic groups should also leave if they so chose, why not, this is the era of Self-Determination. All over the world people are asserting themselves and getting free of colonial subjugations of all sorts. Freedom through Self-Determination is legal and it is right. Unfortunately this Dying Ship Nigeria cannot be saved now because it was doomed from the beginning of its creation because of the indiscreet patching together of incompatible component parts. Igbo/Biafra people must leave this ship today with whatever breath that is still left in them. It is now clear that no superman with any supersized brain can save Nigeria’s self-inflicted death; no any good luck can keep its sails up in the wind any longer. Nigeria is doomed, it is finished, Nigeria is dead.