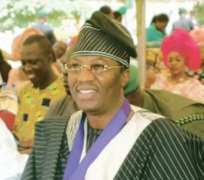 A multi-billion naira film village is to be established in Ogun State. The village, which is to be a joint project between the state government and the private sector is to be sited at Imeko, a border town with the Republic of Benin. It is aimed at boosting the film industry in Nigeria.

The Managing Director of Gateway Tourism Development Corporation, Tomi Soboyejo, who spoke at a briefing in Abeokuta yesterday, revealed that the government had already acquired a 10-hectare land for the take-off of the project.

Soboyejo, who took over the mantle of leadership at the corporation about two weeks ago, stated that an integrated approach to planning and management of tourism is required to achieve sustainable tourism industry.

She mentioned such principles that could sustain tourism to include; broad-based community input and control of tourism development; provision of quality employment to community residents; and establishment of linkage between the local business and tourism.

She said her aim is to make tourism the largest foreign exchange earner in the state by the year 2010.

"Even by 2009 we will no more depend on government subsidy, as we will be able to generate enough revenue for ourselves through tourism to keep us going," she said.