'WHY KATSINA IS WORKING' 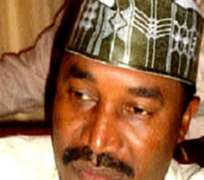 To Dr. Kabiru Mato, University of Abuja lecturer, the answer to the question: 'what has the administration of Governor Ibrahim Shema of Katsina State done differently others and even at the centre,' is not far fetched.

The university don said at a public lecture in Katsina: 'The prudent management of public resources by the government of Katsina State under Ibrahim Shema is laudable and a model that others in the federation ought to emulate if the nation is to make any meaningful headway.'

As a result of this, he says the people of the state have no choice but to look forward to the second term of the government that has truly met their needs and aspirations.

Assessment of the government
Records available have indicated that the administration has ensured the continued adherence to the rule of law principle instituted by one of Nigeria's best leaders, late Umaru Yar'Adua.

Equally, the administration of Governor Shema has entrenched continuity and due process in governance. This explains why the governor on assumption of offices continued and completed projects started by the previous administration of the state.

Fifty two billion naira was paid to complete projects awarded by the previous administration without neither the cancellation of any, nor change of contractor. Through prudent use of state resources and due process in governance, the administration has provided thirty two new roads, majority of which have been completed while few are ongoing. About two thousand five hundred boreholes have been provided, just as the government has built one hundred and forty six new secondary schools across the state.

There is equally an imposing edifice of a state of the art 250 bed teaching hospital that is nearing completion as well as the construction of a stadium in the state capital. Of course you know that the governor was recognized and honoured as the best governor in road transport as the state not only constructed roads but provided 80 new vehicles for the state transport scheme. The state under the current leadership was said to have made education a top priority and has continued to expand the state owned university in terms of structure, facilities and personnel. No doubt the Katsina State University is a model that every state and individuals or groups who are desirous of establishing a university is struggling to copy.

Solid infrastructure, sophisticated and well equipped laboratories, virtual and digital library and information management system. This is notwithstanding the continued support to parents and students in the payment of WAEC and NECO fees for all students by the administration. The state was equally one of early birds who signed and implemented the new Teachers Salary Scheme in order to motivate teachers in the state.

Scholarships have been awarded to deserving students together with the payment of increased bursary allowance.

Though I do not intend to take over the role of the Governor's media aides, but I must emphasize that it was Henry Kissinger, one of the most influential global diplomats and former Secretary of States of the United States of America who once said, that the success of any government is measured in terms of its ability to bring forth new realities.

These achievements, the records have shown were recorded without mortgaging the future of the state to any form of borrowing whether domestic or foreign. This again places the leadership of the state ahead of several others in the area of management of scarce resources.

I am not surprised that the Governor and the government have no choice but to be prudent given the nature and character of the Governor and Government before this. I was told about a year or two ago that Ibrahim Shehu Shema would always use his personal resources for all is foreign trips. I also bear witness to the grumblings of some of my colleagues in the media that the Katsina State Governor is not favourably disposed to the now traditional and dominant compromise called 'PR' whatever that means. The message here is 'PRUDENCE'.

It is equally worthy of note that primordial chauvinism which is widespread in the country are strange in Katsina under the current dispensation whose policy is even development and state-wide spread of projects and goodwill to both indigenes and non-indigenes.   This might be the reason which prompted the State Christians Association of Nigeria Chairman's call on non indigenes not to travel out of the state during the forthcoming election since the governor's administration is all welcoming and has ensure peace and security of life and property.

Challengings facing Nigeria
There is no gainsaying the fact that one persistent problem that has confronted the fifty years old Nigeria is the challenge of addressing the national question which ordinarily means nation building and development. Owing to a long period of impunity and bad governance meted out on the country by the unfortunate incident of military misrule, Nigeria is largely a society against itself given the mutual suspicion pervading across the country which is manifest in the cry for resource control, sovereign national conference, secession, the rising wave of religious and ethnic intolerance and bloodletting across the country, as well as other issues that constitute the vexed dilemma of national question.

These issues in my mind are all by-products of the long culture of impunity and lack of accountability which ensured that government was privatized and accountable to no one. However, following the country's return to the path of democracy in 1999, there has been a persistent clamour for this culture of impunity to be replaced with the practice of rule of law. Though the government eulogized the rule of law, it only became a part of governance under the reign of late President Umaru Yar'Adua who in very practical terms entrenched the principles of rule of law in the way government activities were conducted.

This concept postulates that man or society should be ruled or governed by the rule of law, not by the rule of man or the rule of might. It can be described as man's victory over arbitrariness, naked and tyrannical use of power and it epitomizes the ideal of a just society. All nations seek the rule of law because without it life will be solitary poor, nasty, brutal and short. It is the key to stability, nation building and development.