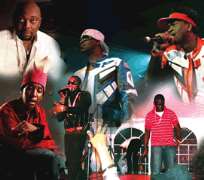 Last November, President Goodluck Jonathan was reported to have released a $200m (N30bn) stimulus to help the Nigerian entertainment industry. While most practitioners in the industry commend the president for this gesture, others are worried about how to access the fund, while some others have set agenda for how the fund should be spent, reports SAMUEL AWOYINFA

To discerning observers, the Nigerian entertainment industry has not been experiencing the best of times. The major problem being that of piracy, which has continued to rubbish whatever gains that should accrue to original owners of creative works.

President Goodluck Jonathan perhaps saw this and offered to support the industry with a stimulus package. To achieve this, last November, Mr. President promised the stakeholders a $200m stimulus at the 30th anniversary of the Silverbird Group in Lagos. The fund, report has it, would be accessed through the Bank of Industry, supported by the Nigerian Export-Import Bank.

However, there is still a cloud of controversy hanging over the money. Stakeholders in the entertainment industry have different ideas on how the money should be spent, while others are still at a loss as to how they could access the fund.

For the immediate past President of the Association of Nigerian Theatre Practitioners, Prince Jide Kosoko, the President's gesture is a good one, but he maintains that there is the need for splinter groups in the acting world to come together under one umbrella body.

While he says that he is still studying the situation because he did not attend the last stakeholders' meeting held with President Jonathan, as he was away to attend the burial of Alasari, a member of the Association of Nigeria Theatre Practitioners, he advocates the formation of the Motion Pictures Council, which has been on the card for some time now.

“I served as a member of the committee which worked on the need to have the Motion Pictures Council, which will be the umbrella body for all practitioners in the film industry. But it is unfortunate that this has not come to reality. We made our recommendations to the National Assembly, but up till now, nothing has been done,” he tells our correspondent.

Kosoko, who spoke with our correspondent on the telephone, further argues that even if the government should inject N500bn into the industry, and the distribution network is not strengthened and improved upon, the artistes would find it difficult to get adequate returns on their investment.

“I believe the money should be channelled into improving the distribution network to ensure effective distribution of our works. Currently, there is a limit to which our marketers can go. If I produce a work and there is a good distributing network for it, I will recoup the money invested on the job. At least, we are a country of about 150 million people; if a movie could sell one million copies for a start, such a producer will make money,” he states.

Besides, he says, the incidence of piracy is a global phenomenon, and he called on government to reduce it to the barest minimum so that the lifeline the government is putting into the entertainment industry would not go down the drain.

On his own part, the President of the Actors Guild of Nigeria, Mr. Segun Arinze, says he has heard about the $200m lifeline but that he is waiting for the money to come. “Until the money manifests, that is when we can start talking about it. But now, it has not yet manifested,” he states.

Ace cinematographer and film producer of such works as Saworo Ide and Arugba, among others, Mr. Tunde Kelani, says he's aware that the money is with the Bank of Industry, and stresses that accessing the money would depend on some modalities and bureaucracy attached to such funds, while he believes that such bureaucracy could discourage those who should benefit from it.

Kelani agrees with Kosoko that the seed money should be channelled towards infrastructural development so as to lift the industry out of the woods and make it more vibrant. He posits, “For me, I believe such money should be used to build cinema houses across the country. If we shoot a multi-million naira movie and there is nowhere to show it, it is useless.

“I don't think the money is easily accessible, because nobody really knows what is going on. For now, it's more like the more you look, the less you see.”

Commenting on the stimulus, a rap artiste, Sola Idowu popularly known as Weird MC notes, “I think for once that we should be positive. I think it's a good thing for the industry. It's a blessing. I just hope the money gets into the right hands, especially the up and coming acts.”

“In terms of utilisation, the Nigerian entertainment industry must first be properly defined. Nollywood's share of the gesture should be deposited in an escrow yielding account until an umbrella body of practitioners is put in place. The fund should not be handed over to any individual or group of self-serving individuals in whatever guise, masquerading as representatives of the entire Nollywood practitioners.”

However, to access the fund, according to official sources, there are some basic requirements that should be met. First, a 'bankable proposal' must be prepared, which will show how the money would be spent; and what would be the return on investment.

The promoters of the fund says that the Lagos Business School has been contacted to help those who want to access it prepare or train them in proposal writing, among others.

Apart from the incidence of piracy, the Nigerian entertainment industry, precisely the movie and music scenes in Nigeria, has been bedevilled by lack of infrastructure and leadership tussle.

The Performing Musicians Association of Nigeria, Actors Guild of Nigeria and the Association of Nigeria Theatre Practitioners have, at one time or the other, suffered leadership tussle. Currently, the movie marketers do not have the logistics that could ensure that movies released get to the nooks and crannies of the country at the shortest possible time. The same obtains for their colleagues who handle musicians' works.

Again, cinema-going culture needs to be rekindled among Nigerians, through massive infrastructural development in building modern cinema houses in each local government across the country, among others.