Whither the controvesies of Anita Joseph? 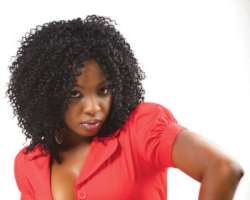 It looks as if Anita Joseph, one of the most talked about actresses in Nollywood, has turned over a new leaf.

Before now, hardly would a month end without her being enmeshed in one controversy or the other.

But in recent times, nothing has been heard about this actress with a scintillating body. In fact, she has been missing on the social circle for some time.

When we called her on the phone recently, Joseph first asked, “What have I done again?'

“I have been so busy in Asaba as well. Acting has kept me busy. I have been on the set for a long time as well as trying to put finishing touches to my album,” she says.