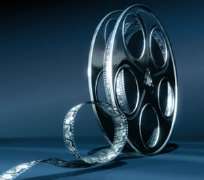 The Silverbird Galleria, Victoria Island, Lagos is to host the 4th edition of the Nigeria Film Corporation Annual Film Lecture Series. The Film Lecture which will be attended by people from all walks of life will include the academia, motion picture professionals, members of the public, students of tertiary institutions, film enthusiasts, top government functionaries and members of the diplomatic corps. Date of the Film Lecture, which starts at 10am prompt, is Thursday May 5th, 2011.

The annual lecture's topic “Nigeria's Cultural Explosion Through Film” will be presented by Professor Femi Shaka of the University of Port-Harcourt, Rivers State.

The maiden edition of the annual Film Lecture took place during the 2008 edition of ZUMA FILM FESTIVAL. The theme was, “Democracy and African Renaissance: Film as a Catalyst” The lecture was presented by Professor Sola Akinrinade, Vice Chancellor, Osun State University.

The second edition took place during the 2009 BOBTV and Film market festival, Abuja. The theme was “Film and the Environment” The lecture was presented by, renounced environmentalist Dr.Newton Jibunoh. And the third edition took place during the 2010 edition. ZUMA FILM FESTIVAL, Abuja with the theme: “Global Images, Global Voice”. The Lecture was presented by Professor Abdalla Uba Adamu of Bayero University, Kano.

The 2011 edition of the lecture series underscores the commitment of the NFC in ensuring that the growth of the motion picture industry is sustained. Silverbird Cinema is partnering NFC in the mounting of this year's edition of the annual lecture.

Cash prizes and Certificates of Participation will be presented to winners of the 2010/2011 NFC Annual Film Essay Competition. They are Anuli Agina(first) Vivien Torbunde (second) and Jonathan Eze (third). The programme will also witness the recognition of two high profile veterans of the industry who will be honoured with Life Time Achievement Awards. Box Office Awards for the Highest Box Office Grossing, Nigerian Movie and Best Distributor of Nigerian Movies follow immediately.

Attendance at the NFC Annual Film Lecture is free, the statement added, but guests must be seated by 9.30am.