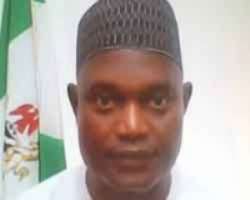 JAPAN, the Asian giant, has sealed a pact with Nigeria to rehabilitate the Jebba Hydro electric plant. The country is expected to spend N4 billion on the rehabilitation.

The pact, signed in Abuja, yesterday, has raised the hope for additional 100 megawatts of electricity production in the country.

A team from Japan signed the deal with the Ministry of Power, yesterday, as another team from the Nordic government, was also at the ministry to sign another pact on power generation in the country.

The MoU with Japan, which marked the commencement of the repair work at the hydro plant, was described as landmark for a country currently battling with earthquake and tsunami.

Ambassador Toshitsugu Uesawa, represented the Japanese government, while Per Lindgarder, stood in for the Nordic government in another pact meant to diversify Nigeria's energy sources.

The grant to be provided through the project, he said, would be spent on emergency repairs and overhaul for one of the generator units of Jebba hydro power station. The unit was damaged by accident in 2009 and currently incapable of full operation.

'Upon completion, it is expected that the generator unit will be capable of providing approximately 100 mega watts. In addition, on the job training (OJT) for better operations and maintenance of the repaired generator will also be provided to the staff of the Jebba Hydro Electric Plc,' Uesawa said.

He explained that the project would improve energy efficiency in Nigeria and consequently mitigate the effects of global warming by reducing emission of greenhouse gas.

According to him, the project was part of efforts by the government of Japan to provide financial assistance to developing countries, especially those making efforts to reduce emission and those that could be vulnerable to climate change of $15 billion up to 2021.

'On top of this, recently the government of Japan has decided to extend another contribution of approximately $24 million for emergency repairs of one of the generator units of Jebba hydro power station,' he added.

The Nordic ambassador pledged to assist Nigeria in the implementation of the energy roadmap developed by the administration of the President Goodluck Joanthan.

He expressed hope that the trend would soon change in the country, under the leadership of President Goodluck Jonathan, with a road map on power sector reforms.