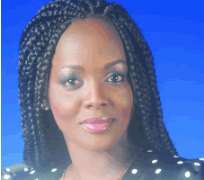 It was inevitable that she became a comedian. Helen Paul could have been a motivating influence in another way such as music, drama or speaker at events. Her motivation primarily is her desire to touch people's lives in a way that would leave a lasting impression on them. Remarkably, if you will. She reminisces on her life in this interview by BOLATITO ADEBAYO.

Tell us your experience as a comedian?
It's been quite challenging, interesting and wonderful, because God has been good to me.

What did you forego to become a comedian?
I didn't choose to be a comedian. I think comedy chose me, but I'm sure I could have been motivating people one way or another, maybe through music or drama or even as a speaker at public gatherings.

What were your challenges?
I can't recall anything so frightfully challenging, but then, maybe I can generally say it's the challenge of running several shows all at once. Generally, God has been faithful.

How did you get into comedy; was it a family thing?
Not at all. As I said earlier, I didn't even plan to be a comedian. I had the opportunity to perform at an event (as a rookie) when an already established act did not show up. The response was fantastic. Before then, I was just having fun being myself, playing with kids and mimicking them. It's been fascinating since then, glory be to God.

What has been your unique selling point?
Help me out here. I think you'll be the best judge. Is it the baby voice? The petite frame? You be the judge! Okay, my baby voice!
It's pretty challenging, but what kept me going was my desire to always touch people in a positive way. I was just wondering how far the whole thing would go. I was not and I'm still not the only comedian in the country, so I kept wondering what it was that people saw in me that kept them so amused and entertained.

Tell us about your first breakthrough…
I was surprised, shocked, elated - all at once. It was a whole lot of mixed feelings for me. I celebrated it within me. I was very happy.

Was there a time you felt like pulling back?
Not at all.

How do you handle competition?
I always say the sky is big enough to accommodate all species of birds. Everyone is doing his and her own thing and they're all good at what they do. But I've always believed that my spot is my spot and no one can take it. Besides, everyone who organizes a show or invites someone to perform at a show has reasons for doing so. It shows that we're all unique.

Who's your mentor?
God comes first, because ideas and inspiration come from Him. I'm also inspired by Nigerian comedians generally, especially Ali Baba, who has been a pillar of support and encouragement. I also love Bill Cosby's kind of comedy. Since I'm an actress too, I take inspiration from a lot of actors and actresses, but some individuals have always been sources of inspiration way back – Queen Latifah, Joke Jacobs, etc. In singing, Yinka Davies and a host of others have been quite influential.

Do you think the Federal Government has been supportive in the industry?
In their own little way, yes, they've been. Both state and federal governments play active roles in promoting tourism and entertainment – you know both go hand-in-hand. I see them doing much better in the very near future.

How was it like on your wedding day?
It was wonderful and words can't explain it fully.

What's it like being married?
I'm still me. Well, I'm even a much better me because marriage has been doing for me what God originally intended it to do. It's great that I'm fulfilling God's plan for my life – there's nothing more wonderful than that.

How did you meet your husband?
Through a mutual friend at a recording studio.

How long was your courtship?
About five years.

What makes him different from other men?
He's first and foremost my friend . Our friendship has stood the test of time and he understands me very well.

What's it like being a wife and actress/comedian?
God has been helping me. I just surrendered myself to Him and honestly, He has been wonderful. Also, my husband's support keeps me going.

What were your expectations before marriage?
For me, marriage is an institution where two people come together to fulfill a destiny, accomplish visions and touch many lives as a result. It transcends love, companionship, begetting and raising children though, they're vital. It's all about meeting the right person and fulfilling God's will for your lives. Those were my expectations and my experience.