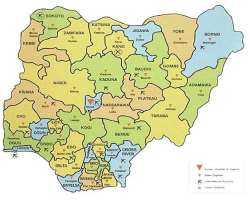 This article was first published in Nigerian Tide Friday, Septermber11, 1992.

Language, as it were, is the most important element of culture. It expresses the spirit of a people and bears the marks of generations of their experience. Language serves as a sort of coded history as it gives a people a sense of identify and preserves their culture. In a pluralistic society like Nigeria, language provides a common denominator for groups, as it may be used as a potent instrument of integration.

The number of indigenous languages spoken in Nigeria is a matter for conjectures. So three decades after independence, Nigeria has been desperately searching for an indigenous lingua franca that may be capable of welding the multifarious ethnic groups whose separate identities yearn for unity and integration. But given the historical circumstances in which we emerald as a nation does Nigeria need indigenous lingual Franca for menorah integration?

Historically, Nigeria presents a precarious map of a people lumped together in spite of their languages. It was brought into being not by the political will of a local imperialist. This explains why the country do not have lingua franca. Invariably, each ethnic group is inseparably attached to its own language; and for functional purposes both the literate and illiterate speak formal and special English respectively. These are the circumstances, which informed the idea of an indigenous lingua franca.

However, the decision to adopt Yoruba, Hausa and Igbo as lingual Franca for the country seems to be the most tortuous route to national integration. No doubt, the adoption of these languages would help to fan the embers of ethnic nationalism and exacerbate the continued warfare among the three dominant ethnic groups. Also, seemingly intractable is the problem that such a selfish policy will induce the resentment of the minority who may see it as an attempt, imposed on them under the rubrics of national integration. This claim cannot be disputed because these major ethnic groups are at the locus of power.

All the multiplicity odd languages spoken in Nigeria have equal validity before the law and under the constitution, and no linguistic group has the moral or constitutional right to impose its language on any other group. What then are the criteria for selecting these languages, and why is the taxpayer’s money used with impunity to develop three languages to the utter neglect of others?

Another major problem that must act as a cataract to this policy is the relatively low strength of each of these languages. Research has shown that Hausa spoken by 18 percent of Nigerians, Yoruba by 17 percent and Igbo by about 18 percent. This low percentage virtually reduces the legitimacy of each language in its claim to be the country’s lingua franca. It must be noted that in India for instance, between 30 percent to 45 percent of the population speak Hindu, yet attempts to make it a lingua franca was resisted. History is replete with many such examples, and Nigerian policy makers cannot afford to snub the lessons of history.

English is the closest thing to a lingua franca around the world as roughly 700 million people speak it. The United kingdom’s comprise the English, the Scots, the Welsh and Irish but the English language is the lingua Franca of the kingdom. Even France which prides itself for its linguistic integrity have conceded that English as a number one. It is the dominant language in general education, technology, electronics, and advertising in radio, medicine and international business. Why then can’t Nigeria adopt English as a lingua franca and stop the expensive bogey of cultural wazobianization? To what extent will an indigenous lingua franca be relevant to scientific education?

English is the basis of our federal unity. The British imposed it on us as a lingua franca and left the local languages fairly well enough to develop at their own rate. English can be a vehicle for national cohesion since it is free from cultural partisanship. The decision to use English in conjunction with the three major languages to conduct debate on issues during the 1989 Constituent Assembly was stoutly resisted in that it would engender the already endemic struggle and rivalry for ethnic supremacy in Nigeria. Given the significant position English language occupies in education, Nigeria do not need to search for an indigenous lingua franca. The policy negates the accepted federal character of the nation. The adoption of Hausa, Yoruba, and Igbo as lingua franca is a potential instrument of domination and Nigeria is not psychologically prepared for it. Language is such a crucial issue that it cannot be resolved by administrative fiats from above but only by consensus.

Our educational system, which is already in topsy-turvy, should not alienate the youths from the minority ethnic groups. So, if Nigeria is poised to use language as an instrument for national integration, the teaching and learning of English should rather be strengthened in the school system; and our educational policy makers cannot shirk the responsibility of integrating the Nigerian child in a nation that claims to have one destiny.