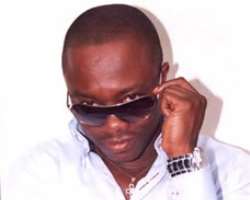 Julius Agwu
One of Nigeria's most gifted comedians, Julius D'Genius Agwu, would be giving couples resident in the Federal Capital Territory (FCT), Abuja, an opportunity to celebrate their Valentine in an atmosphere of love in what could be described as a classy romantic evening.

The show is billed for Transcorp Hilton Hotel in Abuja. It will feature great acts like Darey, MI, Waje, Iyanya and ageless songstress, Onyeka Onwenu.

Speaking on the coming show, Julius said Festival of Love would be an avenue for couples to re-unite in love just as he emphasised the need for Nigerians to abide in peace and unity.

'Love is exactly what we need in Nigeria at the moment to put a final stop to the latest terrorist attacks threatening our existence as a nation. It is also love that can put an end to the religious attacks also threatening our unity as a nation. We came up with Festival of Love as an avenue to preach love as the only element that can save our nation at this point. We also want couples to come out and re-ignite their love lives. Love is actually going to be celebrated in a festive manner. That is why we called it Festival of Love,' he said.

Julius Agwu is not new to this terrain. His popular comedy show, Crack Ya Ribs, has been an exciting evening of music and comedy for fun lovers in the past 10 years. The comedy show has also been held in different parts of the world, including London and America.

His third album, D'Genius, featuring acts like 2Face Idibia, MI, Jesse Jagz among others, is still selling fast. The album was released on December 19, 2010.