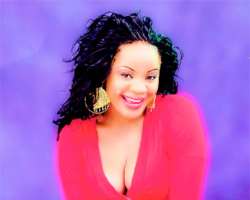 Kingsley Ogbonna is an actor and a comedian who has been in the industry for quite some time. He was in the news late last year when he was rumoured to have had a brawl with actress, Uche Ogbodo. In this interview with Reporter, Ovwe Medeme, he clears the air surrounding the controversy, among other issues.

I would say it was a careful study of what the Nigerian entertainment industry, with a special focus on Nollywood, will look like and what the industry is all about as at that moment. With that, we came to a conclusion on what we are going to bring to the public, to our fans and to our audience. That is basically what is happening now. We studied the year 2010 very carefully and this year, we are coming out great.

What major achievement did you record last year?

Personally, I achieved a lot. Last year, I travelled to the U.S. to make some contacts on how we will be moving the AGN forward, how to make some movies there and in Nigeria. If it is successful, the movie will be premiered both in Nigerian and the US. I also took an award in North Carolina as the best comedian visual. It is a legend award. I took it along the likes of Jimmy cliff, the late Miriam makeba, Mama G and a host of actors and actresses.

Presently, what is the state of your acting career?

I am not as vibrant in the scene as I would love to be. This is because there are some things that need to be corrected in the industry which we are working on. Also, there is the issue of proximity to location which I have to address. Last year however, I was involved in three major productions which are yet to be released. One of the production, Siphillis is actually mine.

You were said to have slapped your fellow actress, Uche Ogbodo on set. How true is that?

I am glad you raised the issue. First of all, what people don't know about the actress is that she is very rude. Aside being rude, she comes late to set everyday and even when she comes, she sits in the car, kissing her boyfriend. I did not even take the matters into my hands. I reported her to Segun Arinze and the DGN but she did not change her attitude. I did not slap her. What I knew was that she had series of problems with the person in charge of continuity. It is possible that the person slapped her and since it was my set, it would be ascribed to me.

What do you think is the way forward for the entertainment industry in Nigeria?

The way forward for actors and comedians, I would say, is that we should up our game. The way forward is for us to improve in being creative because a certain category of people are trying to take the food from our mouths. Everybody wants to be an artiste. You go to a show and you see somebody crack your jokes. As comedians, we have jokes we use to sign out of stage. Sometimes, you discover that before you go on stage, the upcoming comedians have delivered your jokes and you will be thrown off balance. It happened to me recently. I was backstage when somebody came to tell me that my joke has been told by an up comer. I had to go back to my archives. As a comedian, if you crack your joke and you don't make impact, obviously, your career is going down. There is piracy in comedy. These days, comedians pirate one another's jokes.

These days, comedians tease their family members; how do they take it?

In this business, once you are on stage, you are a different being. We are being paid to enjoy ourselves but the tension while backstage is enough to give one stroke. When in that situation, if here is anything we can do to get out of that crowd when we are on stage, we just take it, even if we have to abuse our parents. We all know that they are not what we say they are on stage. We just say things to make people laugh. The important thing is that we are not vulgar. It is not like we will really abuse our folks in real life situations. They are not real and our people understand that. Freestyling is very good because that is how you know a good comedian because what we are saying. It is different from coming in with memorised jokes. Sometimes, you run out of them and it becomes a problem

How do you manage on stage?

It just comes. Once the microphone comes into my hand, I see materials everywhere. The important thing is that I try not to see the kind of materials that will insult my audience.

How do you feel in a situation where you tell a joke and people do not laugh?

Such a thing happens when you have not tested your joke. The comedy audience are very strict. They don't care who you are. They have paid money to come and watch you so you have to deliver. It is not like going to a bar to discuss issues. Then people can laugh at anything you throw at them but when people have paid to view a show, you have to be at your best to make them laugh.

How do you update yourself?

I watch some foreign movies and some foreign comedians as well. Sometimes, I draw my inspirations from Martin Lawrence and his likes. He is my role model but in Nigeria, Okey Bakassi is my role model. I watch them. I also read newspapers and I even draw materials from there.

How do you manage yourself as an actor comedian?

I am not trying to boast but in Nigeria, I can only point at myself and Okey Bakassi as those who are good at merging acting and stand up comedy. Most of the time, comedians are not good actors. It is very easy for me because the acting prepares the way for me to go upstage and people have accepted me.

When I first mounted the stage, I didn't know it was going to fetch me money. I just did bit as a pastime then in school. That set the tempo for me so I didn't experience any stage fright when I firs t came out as a stand up comedian. Also, when I came out of school, I did a film called hooligan and it blew me up. People got to know me through the movie. That also helped me when I took to comedy.

When you feel so dry, how do you wiggle out of the situation?

It is good to always keep one or two jokes on reserve. At that point when you feel dry on stage, recalling such jokes could turn out o be you saviour. Also, it is good to leave the stage when the ovation is loudest.

As one who operates in front of the camera and on stage, do you still have stage fright?

The audience are my biggest inspiration. Sometimes, the audience can be very unreceptive but for actor/comedian like me, it is easy to be accepted by the audience. In anything I do, my audience inspires me. As an artiste, I don't have to struggle hard to make some of my audience laugh. For others, the case is different. It is easy more difficult for comedians who are not known.

Why are you referred to as Dauda?

The name is an offshoot of my comedy days in school. I got it from the popular cartoon figure called Dauda.

Since your career kicked off, have you ever witnessed a failure?

I must be frank with you, I have. There was a time, I thought I had arrived but some comedians came and overtook me in the industry. I regard that as a failure. I had to go back to the drawing board to re-launch myself into the industry.