I am fully prepared for the big screen--Amada Ebeye 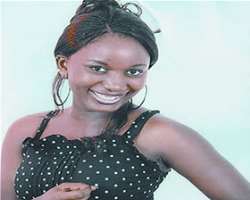 She is the darling of every follower of the popular TV soap City Sisters showing on different TV stations round the country. Black, pretty and lively she's also got brains. At 23, young, hardworking fast-rising actress Amada Ebeye has shown the stuff she is made of. From her first attempt in the movie Weeping Tiger to her sensational performance in Senseless, the young starlet has displayed a character worthy of an actress that knows her onions. In this chat with Chibueze Okereke, the former Benin based actress reveals what stands her out and her big preparation for the big screen. Excerpts