How I stepped into Nollywood -Tonto Dike 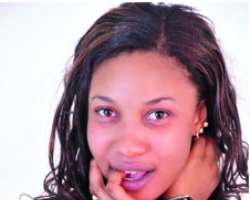 
Nollywood's rising star, Tonto Dike hails from Ikwere, Port Harcourt, in Rivers State. She was born on June 9, 1985 and after her primary and secondary education, she was admitted into Rivers State University of Science and Technology, Port Harcourt, and currently studying Petro-Chemical Engineering.

Growing up
Growing up was wonderful because I had everything I wanted and wasn't deprived of anything. My father was wealthy, so he did everything possible for me. I went to the best schools in my state, I graduated with good results from my primary and secondary schools and I hope to graduate with the best result after my degree programme. I have had parental love, care, family ties while growing up.

It's been love all the way the only thing I didn't appreciate while growing up was the fact that I could not mix with my peer group, which is why I can't speak my dialect up till now. Another was growing up without my mother. She died when I was just three years old, so I practically didn't know her, but it was a joy to know that I had someone who I could say replaced her.

My journey into Nollywood
I got into the industry after I left the reality T.V show The next movie star in 2005, I was first runner-up, when Kingsley Ogboso won, and from there, I started looking for contacts and fortunately for me, a lot of people saw my talent, I got involved in the reality show first because I saw it as a way of getting close to the industry, I had hoped that from it I would move into the industry and it happened as I wanted.

Big break
Perhaps, I should say my first movie, but that was released last year so I will say my second movie, entitled, Holy Cross which I did with Nonso Diobi, Uncle Pete Edochie and Jim Iyke, after seeing the film, the producers and directors wanted to use me in their own films, Right from my second movie people started to look out for me.

Nollywood
I see the industry as a fruitful one, which can yield more fruits in the future. All we need is hard work, perseverance and prayer. The industry is like a newborn baby that has to be nurtured and well taken care of. I still think that we really need to work hard because we are way backward. Though we may be doing well, I still think we can do better.

Relationship
I am in one, which I am very proud of. He is okay for me. I took what God gave me, and remember, I said God gives me anything that I desire. As for how he feels when I am on set with all the kissing and hugging, I'll tell you something: When I say that I took what God gave me, I meant that He gave me a package in a man, all I want in life He gave to me in one person.

May man gives me endurance, patience, love and he is someone who understands. He really understands, so I don't have a problem with my handling of roles. He might not be okay with the roles all the while, but he still prays for me and hopes for a better future for me because he knows I love my job.

Playing music with Patience Ozorkwor
First of all, the music is owned by Amaco Investments; Charles, Patience and I were just called to mime it. I had fun being in the video and I didn't know it was going to be this big as everybody is talking about it. I have no plans whatsoever to get into music.

First day on set
I was very scared. I was shy. I didn't know what to think or expect until the lights came on, then I knew that this was serious business. But I had people like Uncle Pete Edochie, Nonso Diobi, Desmond Elliot, Nkiru Sylvanus, and Uncle Larry Coldsweat. They kept saying 'you can do it' and I did it.

What you can't wear
I will not be caught in a long skirt because I hate it. I also can't wear Iro and Buba, it's fashion for the older women. I am still very young and I need to feel free in my body you can't catch me being very religious in my dressing, I love to dress the way I love to dress.

Coping with school and acting
I am in my final year now, and this year, I have decided that I must spend almost all of it in school doing school work. Though I will still be on set, I hope to be in school more. I will work it out, I don't have a plan yet, but I will be able to be in school more often than I used to.

Philosophy of life
I have a lot of them but I will share one, if you have your eyes on something, on a particular level in life when you get to that level, always know that there are so many other levels left to climb. Try to be on top, even when you are on top, try to be on top of the top.

Artiste admired
Back home, I only admire two females – Aunty Joke Sylvia and Rita Dominic. Why Rita? It's because when I want to recount how my interest in the movies started, her name will be mentioned as she inspired me a lot. And for Aunty Joke, she is a wonderful person, she is joy to me, I watch her and I feel alive and want to do more than she has done, Internationally I love Al Paccino and Julia Roberts, they are inspiration to me.

In five years
I really have faith and hope that I will be better than I am now. I am not striving to end in Nollywood, I intend to get into Hollywood, I don't know how I will do that but I know that God will make a way for me.

A word to fans
I say thank to all, I really appreciate their love by buying my movies, watching them and appreciating me. I wake up each day knowing that without my fans in my life, there would be no full Tonto. I love them all.