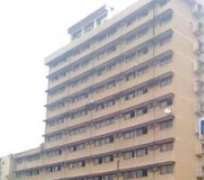 ATTEMPTS by the feuding party to halt further legal action and reclaim a notable property, housing  the Nigerian Armed Forces - the Army, Navy and Air force, located at 1 to 3 Moloney Street, Central Lago, may have fallen apart, judging from the processes before the Court of Appeal, Lagos.

The Guardian gathered that the possibility of clinching an out-of-court settlement is not foreclosed, though present realities show that the case is still subjected to court adjudication.

The popular property is a 12-storey former Ministry of Defence (MOD) building on Lagos Island,

When Branco family led by Mr. Simon Kouvi Kappo and two others, sued the government, it was over the termed wrongful acquisition of the property.  However, the suit, which commenced in 1986, was concluded two years ago by the trial court, which entered a N500 million judgment sum as compensation to the plaintiffs.

Justice Adenike Coker had in her judgment awarded a sum of N500 million against the government, being an alternative relief sought by the family.

Government's position remains that a Lagos High Court has no jurisdiction to hear and determine the suit, on the ground that the dispute involves Federal Government's agencies.

In its reaction to the judgment, the government had asked the court to stay further proceedings pending a determination of an appeal against the verdict.

Adenike in her ruling over stay application, had in late 2009 ordered the government through the Ministers of Justice; Environment, Housing and Urban Development, to obtain within 21 days a bank guarantee, which will cover a N500 million judgment sum.

Following the appeal, which the Branco family had responded through the filing of its brief, the government is yet to respond, though its judicial time within which to respond is yet to expire. A court official has said that the court has not given any date for the mentioning of the matter.

But in their statement of claim, the property, known as 1 to 3 Moloney Street Lagos, forms part of the freehold estate of Joaquim Francisco Devode Branco (deceased), by virtue of a Deed of Conveyance dated 19  July 1912 and registered as No 106 at Page 402 in Volume 77, at the Lands Registry Office Ikeja Lagos.

The claimants' said that the Mattar brothers subsequently assigned to Lesco Properties Limited, a company owned by Mr. F.A. Ijewere, the unexpired terms of leases. Ijewere was a former staff of the Central Bank of Nigeria (CBN).  But the government, according to the claimants, through the public officers (forfeiture of assets), Order No 33 1978, forfeited to and vested in itself some properties which included the subject property purportedly on the basis that it belonged to Ijewere.

The claimants' added that their freehold interest, now deemed a statutory right of occupancy in and over the subject property, had never been alienated and the only interest held by Ijewere was the unexpired term of the fifty years lease.  They said that in the 'Last Will' and testament of the Late J.F.D. Branco dated the 14th day of June 1919, it was expressly stated that subject property was never to be sold but to remain a family property. The claimants said that the government, having forfeited the said acquisition of the 'unexpired' terms of the said leases granted Ijewere, became their lessee and are legally bound by the terms and conditions of the said leases.

But they alleged further that the Federal Government, since becoming their lessee had wilfully failed to pay any rent whatsoever for use and occupation of the said property as stipulated and required by the said leases.

Pursuant to the proviso contained in the leases, the claimants' as lessors of the defendants said government has a right to forfeit the leases as the defendants have been in breach of payment of rent.     According to them, the arrears of rent due from the Federal Government of Nigeria from July 1977 to July 2004 at an annual rent of £1,100 (One thousand one hundred Pounds Sterling) at the prevailing exchange rate of N250 to One pound Sterling amounts to N7,425,000.

'By reason of the mistaken forfeiture by the Federal Government of Nigeria, the claimants' legal interest has been encumbered without any lawful justification.  The claimants' said that the purported forfeiture and acquisition of their proprietary interest in the subject property is arbitrary and unlawful.'

They are therefore seeking from the court three prayers. These are:

• A declaration that the claimants' are deemed the holders of statutory right of occupancy in and over the property at Nos. 1-3 Moloney Street, Lagos by virtue of a Deed of Conveyance dated 19th day of July 1912, registered as No 106 at Page 402 in Volume 77 at the Lands Registry Office Ikeja Lagos;

•  a declaration that the Public Officers (Forfeiture of Assets) Order No 33 of 1978 dated 4th day of July 1977 can not affect the claimants' statutory right of Occupancy in respect of the subject property; and,

• that possession of the subject property be delivered forthwith to the claimants' by reason of the defendant's breach of covenant to pay rent as at when due since July 1977 as stipulated in the proviso contained in the leases registered under title Nos. L0 2989 and L0 7720.'

Alternatively, the claimants are seeking payment of the sum of N1,000,000,000, as compensation for forfeiture and acquisition of their entire interest in the subject property.

But the defendants in their counter claims said that the Federal Ministry of Works and Housing, Lagos in 1975 requisitioned the said property in accordance with the powers conferred on it by law and in particular Sections 1, 2, 3, 5, 7, 8 and 10 of the Requisition and other Powers Decree No. 39 of 1967.

They also said that notices of the Federal Government's intention to take possession of No. 1/3 Moloney, Lagos and to acquire ownership thereto, were duly served on the occupiers and all other people who had interest in the property prior to the requisition order.

The government also claims it is the bona-fide owner of the property and that title is vested in her absolutely.

Government added that since the claim of the plaintiff arose out of land that was compulsorily acquired by the government in 1975 by virtue of the Requisition and Other Powers Decree No. 39 of 1967, the Public Lands Acquisition (Miscellaneous Provisions) Decree No. 33 of 1976 and the enabling Decree are the proper statutes applicable in this case.

The defendants added that no serious damage nor injustice will be done to the plaintiffs by their originating action in the proper court as the occupiers of the premises, Messrs Lesco Properties Limited, R.C. Irving and Lagos Building Society Limited did in Suit No. LT/LS/3F/81 and LT/LS/3F/94.

While denying liability to the plaintiffs in the amount or part thereof as claimed, the government team said it would at the trial urge the court to dismiss the plaintiffs' claim to owning the property, saying it is statute barred. They also claim that the claimants' assertions are frivolous, vexatious, speculative and an abuse of the process of this court.