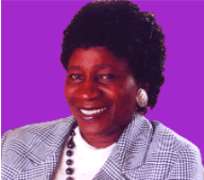 In schools and churches across Lagos State, her voice has been heard counseling students and parents. Boldly, like a lioness, she tells parents that they are failing in their responsibilities towards their families.

Dr. Celine Njoku, spokesperson of the Counseling Association of Nigeria, Dr Celine Njoku, is deeply pained that children are being psychologically scarred by the horrible experiences some of them pass through due to the fact parents have abdicated their traditional roles in their families with the result that moral decadence is permeating homes.

Recounting the harrowing experience of a teenage girl trapped in an incestuous relationship with her elder brother, Njoku told Sunday Sun in an interview: 'Last week, a 16-year-old girl ran to me at Agboju in Lagos State and told me that her cousin wants to sleep with her

. I believe the girl might have known me from these schools I visit. But when I probed her further, she told me it was not her cousin after all but her own brother. She said she no longer calls her brother because he was always coming to have sex with her. Her elder brother, about 20 years old, has been sleeping with her.

'These are children from the same parents. I advised the victim to tell her mother but she refused. And when I pleaded with her to take me to her mother, she also refused. So, the incest goes on right under the roof of their parents.'

She also narrated a similar incident involving a 16-year-old girl that had a child for her biological father, describing such abuse as a failure of parental responsibility.

According to Njoku, many marriages are perched precariously on the cliff of perdition. The high failure rate of marriages in the society, she argues, could be blamed on wrong choice of spouse. To marry a wrong spouse is to dine with the devil, she warns.

Njoku cites the innumerable cases of divorce waiting to be heard in courts, blaming the crisis on women. She says the initial desire for wealth and other ephemeral glories among ladies when considering prospective suitors could be the genesis of marital doom. Material possessions often lure these ladies to the devil's paradise where weeping and gnashing of teeth become their daily bread, she says.

Her words: 'Marriages are crashing daily like a pack of cards. I have to blame the mothers. In short, they don't even know that God ordained marriage. I attended a wedding two months ago. The lady was a medical doctor but the husband did not go beyond Primary-4. Tell me, what are they going to talk about? We don't choose a spouse because of the money, prestige or good job. The choice should be based on love and compatibility. I have been handling cases like that. That is why so many marriages are failing. People fail to understand the sacredness of marriage, the only institution that God ordained.'

One major concern of Njoku is the growing addiction of people to pornography, which she says has made some married men and teenagers become captives of obscenity. Exposure to pornographic materials could interfere with a child's development or identity and subsequently lead to sexual perversion, she explains.

'Pornography is tearing many families apart. People that watch pornographic movies live in a fantasy world. If they are not watching these materials, they will be conjuring pictures in their minds.

There was a young girl whose case I handled. This girl was going about looking for men to sleep with. Once it is 12.00 pm, she stands at the gate hissing for attention. Also, men that watch pornography hardly stay with one woman. There is a case of a man that invites his son to watch these pornographic movies with him. Now, the son goes about encouraging little children to have sexual intercourse. Two weeks ago, a man left his matrimonial bed and went to sleep with the house girl. Unfortunately, his wife came out and caught him in the act. The woman, who had two little children, angrily packed her things and left the house. Can you imagine a man waking up in the midnight to meet his house girl? There is fire on the mountain. If the house girl wasn't available, perhaps he could have gone for his own daughter to quench the fire in his loins', she says.

Dating on the net has become the rave of the moment with more matchmaking agencies springing up almost everyday. Even some religious bodies have joined the bandwagon. Njoku opines that this development mocks the sanctity of the marriage institution. 'This culture is quite alien and should not be encouraged. There was a young boy that got married last month but when we asked him of the parents of the spouse, he said he only knew the cousin. You don't marry in the air. If you marry in the air, the air consumes the marriage. When you want to get married, get down to the roots and get all the information about your spouse', she counsels.

Taking a cue from her experience, Njoku said her 21 years in marriage have taught her valuable lessons. While advising married couples to sustain their marital relationship even during hard times, she notes that marriage would never be a smooth drive on a boulevard strewn with beautiful roses.

'Marriage is a mix up of storm, stress and sweet tidings. Initially, it could be bitter. It might be bitter at the onset in the sense that there might be external inhibitions working against the relationship.

For instance, when I got married, I didn't start with child bearing. It took me five years before I had my first baby. I had an operation in my fallopian tube and later fibroid. It was a period of fierce test of faith but my husband stood his ground. He was solidly behind me. He kept assuring me that all he wanted was a permanent relationship. After five years, we had our son. It took another five years before the second boy came. He was never worried. He kept urging me to read further.

It is now that I really knew that God really allowed me to pass through all these, so that I can do the work I am doing today, using my experience to counsel other people. When women come to me for counseling, I tell them that somebody else has experienced similar challenges. In short, if I didn't pass through all these, I wouldn't have been able to encourage others. To be frank with you, if I did not pass through that rough road, I wouldn't have been a successful counselor today', Njoku says, with obvious gratitude to God whose grace sustained her.

She notes that the Counseling Association of Nigeria (CASSON), under the leadership of the Vice Chancellor of Ibrahim Babangida University, Professor Ibrahim Kolo, has remained committed to addressing the numerous challenges facing the society.

'Our members are everywhere. They are in the university, polytechnics and colleges of education, secondary and primary schools. We are everywhere and our impact is being felt. This year, we had our national conference in Enugu State, with international bodies in attendance. We are making progress and our hope is to meet the yearnings of our people,' she assures.