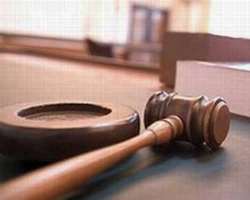 "We are not asking for damages. We are only asking that our (Oil Prospecting Licences) OPLs 321 and 323 be restored to us so that we can continue with the work we are doing," KNOC lawyer Robert Clarke told the Abuja Federal High Court.

The licences of the two oil blocks, awarded to the South Korean firm in 2005 and which attracted signature bonuses totalling 485 million dollars (347 million euros), were revoked last January by President Umaru Yar'Adua.

The KNOC is challenging the legality of the revocation.

Clarke said an alleged petition that led to the revocation was not made known to KNOC and thus the company was given no opportunity to defend itself.

But when Nigeria's petroleum ministry cancelled the licences, it cited what it said was the non-payment of some 231 million dollars promised in return for exploration rights.

KNOC said the 231 million dollars had already been written off by the former Nigerian government in return for the construction of infrastructure, including a power plant and gas pipelines.

The licences were awarded to another consortium, the Oil and Natural Gas Company (ONGC) Videsh Limited of India and Nigerian affiliate, Owel Petroleum Services Nigeria Limited.

He also said that the revocation did not comply with Nigeria's Petroleum Act and Deep Offshore and Inland Basin Act which stipulated who should revoke and the procedure for such an action.

Clarke said the KNOC had paid most of what was due on the licences and agreed on a production sharing contract with the state-run Nigerian National Petroleum Corporation before the licences were withdrawn.

Judge Abdullahi Mustapha adjourned the case to Monday to allow the Nigerian government and the new beneficiaries of the re-awarded blocks to address the court.