Facebook and Skype deal to dial friends and family 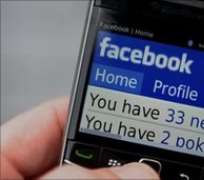 Skype is integrating with Facebook to make it easier to call and video chat with friends and family on the social network.

The deal comes amid fevered rumours that Facebook plans to launch a phone of its own.

"The essence of the Skype experience is communicating with the people you care about," said Rick Osterloh, Skype's head of consumer products.

The new Skype for Windows will include a Facebook tab. This means that for the first time Skype users can keep up-to-date and interact with their Facebook news feed including posting status updates, commenting and liking directly from Skype.

Added to that, the Facebook phonebook in Skype allows users to call and text Facebook friends directly on their mobile phones and landlines.

And if your Facebook friend is also a Skype contact, then users can make free Skype-to-Skype calls.

Group video calling is available in beta form as a free trial.

"We're working with companies such as Skype to make it easier to find your friends anytime you want to connect," said Ethan Beard, director of Facebook's developer network.

'New market'
The move is seen as a natural one for the world's biggest social network, which is aiming to be the central communications and messaging platform for its users across a range of media.

Commentator Ben Popper of business technology blog BNET.com told BBC News it is a win-win for both firms.

"For Skype they are getting built right into the conversation. For Facebook, which has the bulk of its users in the US, this is good in terms of expansion because a chunk of Skype users are in Europe and the rest of the world."

Mr Popper also said he believed this points towards "a possible new market".

"The deal makes this space a lot more interesting and indicates a different direction of where communications could go.

"Right now phones are owned by the cellular networks. This partnership is big enough and deep enough, it could point towards a different kind of telco [telecommunications company] in the future."

Skype has around 560 million registered users and 8.1 million paying users. The Luxembourg-based company said that people spend an average of 520 million minutes every day talking to one another on the service.

Facebook has more than 500 million users, helping the two companies close in on around one billion users, though there will be some overlap.

The research company ComScore reported that in August Facebook users spent more than 40 billion minutes on the social networking giant.

The new Skype version 5.0 for Windows is available now. There has been no announcement about when Mac or Linux versions will follow.