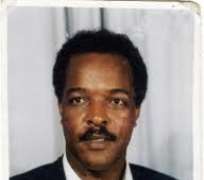 An Eritrean-born Journalist, Dawit Isaak has won the prestigious Golden Pen of Freedom Award for 2011.

But there is a very good chance that Dawit Isaak does not yet know, and may not hear of it for a long time.

According to the World Association of Newspapers (WAN), which administers the award, Dawit Isaak has been locked in jail for the last nine years by the authoritarian government of Eritrea – without formal charges, and without trial.

Eritrea stands out like a sore thumb in Africa.
It is the only country on the continent without a single privately owned news media – newspaper, radio and TV. And the organisation, Reporters Without Borders says it is the worst country, in terms of press freedom – possibly worse than North Korea.

It is as if Robert Mugabe's Zimbabwe will score very high marks, when it is compared with Eritrea.

The hapless Dawit Isaak was a co-founder of the country's first independent newspaper, Setit – which quickly gained reputation for exposing corruption, lack of transparency and human rights abuse by government.

Isaak has always known the difficulties faced by his country – so during the war for independence in 1987, he fled to Sweden, and after many years, he became a Swedish citizen.

Somehow, he decided to return to Eritrea in the 1990s to promote democracy, through investigative reporting.

The authoritarian leaders were particularly disturbed by Mr Isaak's reports which often focus on allegations of abuse of power by the government.

When the Eritrean authorities couldn't tolerate his presence and activities anymore, they brought against him trumped-up charges of 'endangering national security.”

Isaak, along with 13 other Journalists, Editors and newspaper owners were thrown into the gaol and left to rot.

Someone else who was once left to rot in prison was Nelson Mandela. Millions of voices around the world called for his release.

Tracy Chapman, an American singer, was one of many who composed a song for Mandela called “Freedom Now,” with the following words:

They throwed him in jail
And they kept him there
Hoping soon he'd die
That his body and spirit would waste away
And soon after that his mind
But every day is born a fool
One who thinks that he can rule
One who says tomorrow is mine
One who wakes one day to find
The prison doors open the shackles broken
Dawit Isaak is nowhere near being Nelson Mandela – but one day, “the prison doors” might just open for him.

A citation by the World Association of Newspapers said “Mr Isaak has faced enormous hardships, yet his commitment to press freedom and human rights has never diminished.”

“It takes courage for a journalist to work and not compromise under such circumstances, and Mr Isaak serves as an inspiration to press people everywhere.”

Hopefully, Isaak will at least be told by someone that the Golden Pen of Freedom Award has been given out to him, even if he can't touch it.

But the painful reality is, no one, other than Dawit Isaak, knows how it feels to wait indefinitely for the prison doors in Eritrea to open – if it ever does.