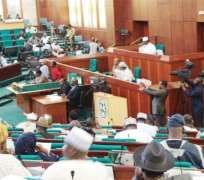 ABUJA, Dec 03 (THEWILL) - The House of Representatives has advocated for the merger of the Economic and Financial Crimes Commission (EFCC) and the Independent Corrupt Practices and Other Related Offences Commission (ICPC). The legislators reasoned that government would greatly save public funds apart from avoiding obvious duplication of duties by both agencies, even as they backed the formation of State police. Chairman of the House Committee on Justice, Mr. Henry Dickson, who led other members of the committee expressed the position during an oversight visit to the office of the Attorney General of the Federation [AGF] and Minister of Justice, Mr. Mohammed Bello Adoke (SAN) to monitor the implementation of the 2010 budget. Dickson stated that the powers at the disposal of Mr. President to hire and fire the Inspector General of Police should be revisited.

He expressed satisfaction with the way the Attorney General has conducted himself since his appointment saying, “We are here to find out how the 2010 budget of your ministry has been implemented so far. “We are happy with the way you have exercised your power as the chief law officer of the country since you were appointed into office. You have conducted yourself very well with the respect your office deserves. “We are concerned about the multiplicity of duties of the EFCC and ICPC. We are of the view that the two anti-graft agencies should be merged. This will save the country's resources. We are also ready to back it up with an Act of parliament. There are petitions that would go to EFCC and at the same time go to ICPC. “The structure of the police should be made to work. The state should be empowered to manage the police. I think we should look at the various laws that will make us de-centralize the police. The appointment of the IGP should not be solely left for the President,” he said.