Are men scared of commitment? 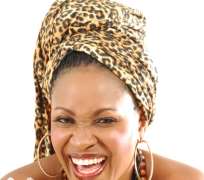 Men's fear of commitment goes beyond the ordinary l must say. Why don't they want to settle down or 'tie the knot'? Sometimes, it takes years with a particular woman and children in between to make a man tie the knot. In other cases, you will see a man having a live-in lover and they have children between them, yet they are not legally married and every time the woman reminds the man of it, he panics.

John, an established man, thirty five years of age now works in a reputable oil and gas firm in Abuja. Catherine, a pretty young woman, twenty nine years of age works also in Abuja in an Insurance firm and not doing bad.

It all started ten years ago when John just graduated from the university and did not have a job. Catherine on the other hand was what we call a 'jambito'; she was fighting to gain admission into the university. They met somehow and this led to a serious steady relationship between the both of them and a promise of marriage from John. It was sure not easy at first with John not having a job and Catherine being a young girl trying to cope with school, finance and the distance to visit John without transport fare back. It went on like this until John managed to gain employment in a company where he was been paid little or no salary.

It is ten years into the relationship today. John has a good paying job, while Catherine has graduated and now works in a good company in Abuja. He is not talking about visiting her parents like he promised and he acts cold every time she brings up the topic. Catherine on the other hand is not getting any younger.

This is what our celebrities have to say on this issue.

Ladies are not ready - Muma gee, Musician
I think men are scared for various reasons. Firstly, the economy is not helping and they don't even have jobs or good jobs. Businesses are dying every day and cost of living is on the increase. Imagine this scenario and you want him to take another person as wife, when he can barely feed himself? Who do you think would want to manage with a guy who doesn't have a job? Imagine he marries, before you know it the third mouth comes in and the fourth and fifth. How do you think he will survive?

Secondly, the ladies are not helping matters. They are now men- they drink in gallons and smoke like chimneys. A man might want to hang out with a drunk for a lady, but when it comes to settling down, he won't think about her. At others times, the ladies cannot be themselves, they cannot even cook these days! All they do is to put on micro mini skirts and parade the whole town thinking of just men. They can instead try fixing up their future by spending quality time on themselves, in terms of building up their characters, attitude towards life and home and knowing that their bodies are the temple of God. These men will only use you if you allow them and they will go somewhere else when they are through with you.

Times are hard - Charley boy, Musician
The environment is not helping in Africa. Our leaders are not given us reasons to smile. The youths cannot gain meaningful employment and so they cannot give what they don't have. These days men are force to look for women who are equally 'strong', it is not like in our father's days when the husband goes hunting and the wife waits at home for the meat he brings.
I have gone through this kind of life and experience, so I know what I am talking about and I understand what they are going through. It is not easy I must confess and if I had not been married at the time I was going through that episode, then I don't think I would have thought about it.

Not sure of her - Faze, Musician
A man cannot run from the woman he loves. In fact, if I was the one, I will not have to wait three years to know if she is the one. I think it is like this because he is not sure of her, probably because of her character and so on. A man, who waits three years or more to know if she is the one, already has an issue he is settling with her or will not marry her after all.

Men are Lazy - Ras kimono, Musician
Some young men these days are so lazy, they don't want to work hard or even work at all. They want to have women who work already, earn good 'pay' and have apartments of their own, so they can move into these apartments and get their bills paid. In fact, they don't mind having women from rich background and so forth. They want to be the women themselves. They forget that there is always two sides to a coin- he who pays the bills calls the shots.

Unemployment, a factor - Jeddi, Comedian
There are no jobs and when you get one, the cost of living takes away every penny saved. Moreover, to get a decent lady these days is a problem. The gold diggers are more than the decent ones and there are the ones who do not want to settle down for one guy. They go around breaking hearts of men, this makes a man scared of trying again and when he does he is scared to make a commitment because of his past. I will only advice our young men not to stop trying until they meet the real one made for