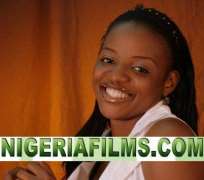 One tale or the other has been swirling around the affair between Saidi Balogun and Funke Adesiyan since both of them started stepping out as a couple. Though both of them have not openly said they are lovers, it is an open secret that they are in a serious relationship.

However, not too long ago, it was in the news that Balogun and Adesiyan had broken up. According to sources, Adesiyan complained that Balogun turned her a punching bag.

Nonye Ben-Nwankwo confronted Balogun with the allegation and he denied ever beating his friend.

“I don't beat women,” Balogun said. “That story is not true. I don't even want to talk about it. Both of us have decided not to say anything about it any longer. But if you don't believe me, I will text her number to you and you will call her and confirm.”

When Nonye Ben-Nwankwo called Adesiyan, she confirmed Balogun's story, saying that she was quoted out of context.

“Saidi doesn't beat me. I didn't mean it the way it sounded. He is not a woman beater. I don't have any problems with him. We are still together,” Adesiyan said.

Click the link below to go to the full story