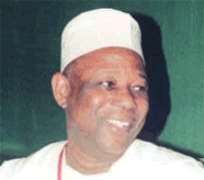 The former presidential aspirant who made the statement at a meeting with zonal and state coordinators of General Gusau Campaign Organization, said that if the objective of winning the contest must be achieved, then all those who have contributed admirably and sincerely would be given the opportunity to serve or engaged in some other venture.

He said that now that the choice had been made, it had become inevitable that the organization's campaign format would be reviewed in line with what all the four candidates agreed with the elders saying that the objective was to present a unified structure so that the aspirants can in unity hold as sacrosanct the zoning policy, contest the PDP primaries as one entity.

He assured his supporters that he would ensure that they are fully briefed about unfolding trend and development as they unfold without prejudice to the consensus arrangement.

According to Gusau; 'Permit me to stress that the past eight weeks have been monumental in my life. I have never seen a people so uniquely desirous and sincerely appreciative of genuine leadership emergence on the political saddle.'

General Gusau said that he could not remember any incident or event in the past weeks which suggested to him that he made a mistake in his bid to contest for the highest political office in the country stressing that on the contrary, the indications were that he was the priced candidate keenly awaited to relieve a beleaguered nation of her unending leadership inertia.

In the words of Gusau; 'As you and I know, and for reasons which surpass human understanding, the race is not always won by the swift or the fittest. As one who wholly subscribes to the majesty of God's will, I believe we must all heartily welcome the verdict of the elders and readily cooperate with the winner. This is the part of honour, this is the hallmark of decency. A respectable man's word must be his bond.'

Meanwhile, Senator Iyorchia Ayu, former Senate President said the endorsement of Atiku marked the beginning of the end of tyranny in the nation's political process and a step towards genuine democracy.

'It also brings to an end the first phase of the struggle to restore honour, integrity and equity in our political process. It clearly indicates, once more, that when dishonourable people assume power in this country and try to abuse their positions, especially by reneging on power-sharing arrangements that have kept this country together, honourable men and women would close ranks and stop them in the interest of the unity, peace and stability of this country,' the statement said.

He called on all Nigerians to give him their total support to enable him win the PDP primaries and the 2011general elections. This was even as Atiku described the timetable released by the Independent National Electoral Commission (INEC) as 'tight, but not unexpected.'

Atiku told newsmen shortly after meeting with the Kano State chapter of Atiku Campaign Organisation in Abuja that notwithstanding the 'very tight' schedule of the timetable, INEC has to work very hard to ensure that the constitution is not compromised and that the credibility of the process and the integrity of the electoral body is assured.

'The INEC, like the parties, are operating a very tight schedule. But they need to work extremely hard to ensure that the sanctity of the constitution is not compromised and that the electoral process is credible, free and fair to give Nigerians an opportunity to decide who their leaders will be in 2011,' he said.

He called for vigilance on the part of Nigerians to ensure that the process of electing the nation's leaders in 2011 is truly credible, free and fair.

'It is important for Nigerians to be vigilant in order to safeguard their votes and ensure that the one man or one woman, one vote commitment of the government is not just a mantra,' he said.