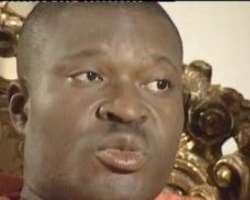 As the Actors Guild of Nigeria (AGN)'s National election expected to hold on or before April this year draws closer, it has been reported that star actor Kanayo O. Kanayo popularly known as K.O.K. has been allegedly picked by the incumbent president, Ejike Asiegbu to replace him as the new national president.

According to the report, Ejike may have hand picked Kanayo to be his successor because he still wants to be relevant in the scheme of things even when he leaves office as the national president of AGN.

However, another source has it that the talented actor, Kanayo is not favourably disposed to the idea of leading the association since he is in hot demand in the make believe industry and would not want to be distracted or engaged in the activities of the association.