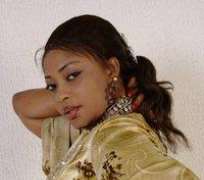 Real reason i had my kids out of wedlock

Actress Biodun Okeowo, a graduate of Communication Art from the Lagos State University, Ojo, is quite beautiful and affable. Although she joined the Yoruba movie industry about five years ago, she has done remarkably well for herself. The Ogere Remo, Ogun State-born actress in this no-holds-barred interview with BABATUNDE SULAIMAN, gives a peep into her childhood, love life and other interesting issues

You seldom appear in movie these days; so, does it mean you are into some other things?

I would say you are not right. I have been appearing in movies, but probably you don't watch the ones I feature in, since it is not possible for you to watch all the available movies.

Could you just reel out some of the movies you have featured in lately?

Okay, some of them are Aso Tuntun, Sike Mi and Anike.

When did you make up your mind to go into acting?

You see, I have always loved acting. While I was in the secondary school, I was a member of the drama group. All along, I knew I would be an actress or a broadcaster.

But did you make any effort to become a broadcaster?

Did you practise at all?

I didn't, but I was at the Lagos Television, Ikeja, for about six months or so.

Were you on internship?

Yeah, I was in the news department. It was when I was at LTV, Ikeja, that I saw some of these actors and actresses. I was really inspired when I saw some of the popular actors. So, I approached one of them who later introduced me to the Yoruba movie industry.

Could you recall the greatest challenge you have had as an actress?

The greatest challenge is getting up there and being able to maintain it.

Are you saying the road has been smooth?

The road has not been smooth and that is what I am saying. You see, it is possible for one to come into the industry today and then become a star three months later. However, the challenge borders on your ability or otherwise to maintain the stardom. Not many people can maintain stardom, especially in this kind of industry that we are in. If, for instance, you miss two or three releases, people will think you have left the industry.

Has there been a time when you felt like calling it quits with acting?

Never! I don't think there will be a time like that. I love acting with a passion. I can never get tired of acting, no matter how tough the terrain is.

Do you live solely on acting at the moment?

But I know a few of your colleagues who are into one business or another?

Yes, I am also thinking of going into TV presentation and buying and selling.

What is your TV programme going to be like?

I am still thinking about it, but I know very well that I will go into it very soon. Actually, somebody has even invited me to come and anchor a programme for him.

How lucrative is acting, especially because you are in the Yoruba movie industry where actors, according to the general belief, are not well paid?

Really, the Yoruba movie industry doesn't pay well, but one is still able to feed well, buy good dresses and afford a decent accommodation. So, it is okay.

Which particular role has brought out the best in you as an actor?

My best is yet to come; I haven't seen any. Well, maybe the movie where I acted along side Ogogo. But it is yet to be released.

Have you ever featured in any English home movie?

No, but I have done a TV soap, which is yet to be on air.

So far, I have produced five movies: Tolani Osinrin; Okanjua; Oke Irapada; Edidi Igbeyawo and Alase Nla.
You are one of the few who enjoy playing romantic roles…

Who among the actors have you had any chemistry with on set?

None of them because I have my own guy (laughs).

Then, how supportive has your guy been since you came into the industry?

He has been very supportive.

How long have you been in the relationship?

For about three years.

What lesson did you learn from your failed marriage?

I wasn't ripe for marriage then. I had my two kids out of wedlock. So, I wouldn't say I learnt any lesson other than the fact that I would advise young girls to be careful and listen to their parents. You know teenagers are fond of saying things like 'Oh! I want to go out to explore…' But they should try to control themselves. I believe that is what led to my having my two kids out of wedlock. I was never married.

How old were you when you had your first child
20!

You mean you had your first child at 20?

Could you briefly tell me about your childhood and how it has impacted on your lifestyle today?

When I was growing up, I wasn't allowed to go out because I am the only girl in the midst of four boys. They didn't allow me to go out, attend parties or mix up with friends. So, when I met my boyfriend, I mean the father of my kids, it was like letting a cat out of a cage; the cat will get hyper. So, I would advise parents to allow their children to mix up and teach them sex education and things like that. So, that really contributed to my experience.

It seems you are pained about your failed relationship. Was the experience that horrible?

Umh! It wasn't horrible, but when you are not ripe for something, you won't know the right man for you or what you want because of inexperience or immaturity. I believed I was immature then; I didn't really know what I wanted in a man. Then, I just saw it as an opportunity to be with a guy.

So, he was your first boyfriend?

Was he the one that deflowered you?

Yes, he deflowered me and that contributed to my getting pregnant.

How old were you when you got pregnant?

How old was the guy?

What was he doing?

How did you cope then?

Thank you. I would like to use this opportunity to say thank you to my lovely mother. In fact, I don't know what adjective I should use to describe her.

Are you saying your parents didn't turn their back on you?

No, they didn't. You know when things like that happen, parents, usually, would not advise you to abort the pregnancy.

Did you make any attempt to abort the first pregnancy probably out of fear?

No, I didn't because I was naïve. I didn't even know until six months after because I was seeing my period. My mum was the first person that noticed and it was too late for me to do anything.

I guess the guy cashed in on your innocence.
No, he didn't. As I said, it was like letting a cat out of a cage. Then, I didn't know that when you have sex, you have to do certain things to prevent conception.

If the first one was a mistake, why did you allow the second one to happen?

Well, as the Yoruba would say, oku odun meta, kii se ajoji sa're (it literally means a three-year-old corpse is never a stranger to the grave-In other word, he's too familiar and close to me). Since I didn't have any other man in my life after I gave birth to my baby, I was still with him. So, it 'happened.'

Did you truly love him?

So, what led to the break-up?

We were never married, so it's not as if we broke up. It just didn't work out.

Didn't he want to get married to you?

I don't know. It just didn't work out.

But would you have loved to marry him, if he had proposed to you?

Where are the children now?

They are with me.

Are you in touch with their father?

What do you tell the kids when they ask about their father?

They talk to him and they see him.

Are you set for marriage with your new boyfriend?

You have not discussed the issue of marriage with him and you have been going out for four years?

No, we have been going out for about three years.

So, you have learnt some lessons now?

I wonder if you didn't go into acting so as to keep your mind off the painful thought.
No. Acting has been what I love doing right from my primary school.

Where do you hail from?

I am from Ogere Remo in Ogun State.

What are your parents into?

My dad is a pastor while my mum is a trader.

What movie launched you to the limelight?

How much did you invest in that movie?

You produced the movie so soon after you came into the industry. Why were you so much in a hurry to produce a movie?

Should I say I was lucky to meet a sponsor, Alhaji Olanrewaju?

If you have the power to change anything in the industry, what will it be?
It is about the acting fees. As you said earlier, the Yoruba movie industry is not as lucrative as the English sector, so I would suggest we should try to meet the standard or even be above them, in terms of payment or acting fees.

When did you graduate from the university?

How do you define your style?

I am simple, I love looking good and I am not too flashy.

Has any experienced moved you to tears in life?

It was when I got pregnant.

But one would have expected you to be happy?
If you have it at the right time, you should be happy. But today, I am happy I have those children.

Could you recall a particular experience that has given you the greatest joy in life?

It was the day I was going and someone recognized me. I was so happy and I said, “Thank God. At last, I am being recognized.”

What part of your body do you love most?

Your hips or what?

So, can you insure it?

Yes o! I can insure it because I love it. Most guys get attracted to me because of my hips.

You have a mark in your neck. Was it due to an accident or what?

It has been there since I was a child. I had a lump when I was born, so they operated upon me.

I wanted to ask if your parents have ever told you the circumstance surrounding it.
I won't say that on the pages of a newspaper.

Would you say you are a misunderstood person?

What is the craziest thing you have ever done for love?

Okay, what can you do for love?

All I know is that I can't die for love o. I can't lay down my life, but I will do my best and leave the rest while I am in love.