My relationship with OmoSexy - Harry Song 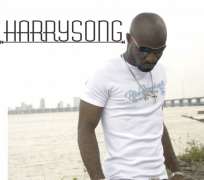 In an exclusive interview with National Life, Harry Song maintained that working with Omotola and Aki and Pawpaw is fun all the way and is one of the best things that have happened to his career.

“Ahhh!” he exclaimed when asked how it was, working with the duo of Aki and Pawpaw. “The studio was a theatre of comedy,” he said, while giggling and caressing his Awolowo-like velvety red cap.

Continuing, he said that “it was laugh and laughter all the while. I really, really enjoyed working with them. You know these guys are veteran actors and comedians. Every second working with them, whether on serious issues, you keep laughing and enjoying yourself”.
And his take working with star actress, Omotola, was not different as he stated that “it was fun working with Omotola because she was ready to learn. She wanted to grow up and give birth to the musical fetus inside of her and we got started. I was her vocal coach and co wrote some songs with her”.

Harry Song is of Niger Delta extraction. Physically built, when quizzed on the affluence and splendour enjoyed by some militants in the creeks of the Niger Delta, he said that despite how lucrative militancy seems to appeal to some young men, he prefers to pull the strings of his guitar as a musician rather than pulling the trigger of guns as a militant.

Narrating his long and arduous trek to the entertainment kingdom, this Delta born Afro-hip-hop-dancehall act said that after he had reigned as a local champ in Delta State, his encounter with Nollywood veteran actor, Richard Mofe Damijo (RMD), catapulted him to national reckoning as RMD advised him to relocate to Lagos where he could take his talent to national and global levels.

On his album, this multitalented act who is currently on Questionmark Record label, said that his 16-track album which is being mixed and mastered in the United Kingdom would soon hit the market.

Perusing his profile, one would want to know if Harry Song is a Jack of all trades and master of none. But he said: “In my life, so many things have happened that proved some sayings and beliefs wrong. The grace of God is upon my life, so, it is Jack of all trades and master of all. I play all the instruments very well. I produce my songs very well and I write and sing very well. I don't have limitations to my inspirations because I am specially blessed by God,” he assured.

Relishing some artists he has demonstrated his arts with, he said that “I worked with Omotola. I produced her single, “Feel Alright” and I performed it with her during her album launch. I have worked with Darey, Paul Play and many others. I am presently working on Aki and Papaw's singles. They will soon drop their singles. I did something for K C Presh. Infact, I have written, produced and performed for so many artists.”

I owe my musical talent to my late mother and the church. My mother was a choir leader and she exerted so much spiritual and musical influence on me. At the age of 11, I started learning various musical instruments. I loss my mother before I could finish my secondary education. The loss of my dear mother affected me so much. I had strained relationship with my father and step-mother, which pushed me into the streets. But through all the travails, I held on to what my late mother had taught me – the fear of God.

Now, I am proficient with the drums, piano, flute, bass and acoustic guitars, and others. I worked at the Church of God Mission, Benin, as musical director for 15 years. I have performed weekly as the lead singer of a live band at the Sheraton Hotel, Lagos; performed at the Niteshift Coliseum and O'Jez Bar, Lagos, before I signed on to Question mark record label. And Questionmark has been steering my musical career.

It has been quite challenging but “e dey de bodi” (it is in the blood). I was a music director for 15 years before venturing into full scale musical production and performance. So, music formed a larger part of my life than any other thing. I grew up with music and I have been living music. For me, it is not like hustling to make money and fame. No! Music is for me, what I must do to be fulfilled. It is fun for me. I am born to sing. I am born to perform. Even when I am in the studio producing, I don't feel fully fulfilled. I want to be with my fans, performing.

Between gospel and secular

Yes, I have been a music director in the church for 15 years, but I diverted to secular music because I got to a point where I needed to step up my game. Even then, I am doing soul lifting songs that teach and spread love, the ground norm of existence, rather than corrupting the youths.

I had to relocate to Lagos because Warri was not giving me that platform. It was my 'bros', Richard Mofe Damijo (RMD) and Gordon that advised that if I want to step up my game, Lagos is the place to be. Meeting with RMD changed my life.

It is beautiful working with her. I heard lot of things when I was to work with her. They said she cannot sing, she cannot dance, and she cannot do this and that. But I discovered the great voice in her. And she is a good singer. It was fun working with her because she was ready to learn. She wanted to grow up and give birth to the musical fetus inside of her and we got started. I was her vocal coach and co wrote some songs with her.

I am six feet plus and they have always reminded and cautioned me that I should not let my height deceive me: “Harry, we are not your mate,” they will caution. And I will always respond, “bros I never forget oo”. They are not people that can be intimidated. For now, they are ready to drop a single and after that, they are planning a project in South Africa after which we will continue with others.

I was born in Warri and bred in Port Harcourt. I could not be a militant because right in my village, militants themselves know me and know who I am. They will definitely beg me not to. They respected the personality I represented and anytime they want to do their fighting and all that, they will warn that I should not come close. They have always told me that I am a different person. And whenever they are going to the extreme, I will caution and they will stop. They have always said that I was born with sugar coated mouth. Some of the militants, because of their orientation, they believe that know body will hear them except blood flows. I have always admonished them to look inward and see things inside instead of outwardly. It is about their mindset. The Bible says that 'be ye transformed by the renewing of your mind'. And that is what the militants need. So, I don't' have to belong to any of such group to be heard. I will rather use my music as an instrument to make a difference.

Music is sound that penetrates and liberates the souls of men. So, the government can use music to liberate the militants, the restive youths. They should from time to time, organize musical concerts and minister to these restive youths. It will keep their souls from thinking and planning evils. Some people can get mad when they hear people commanding them but music teaches, commands subtly and liberates without opposition. Music is life and can be use as a strong tool to liberate restive souls.