KASVID BOSS DRAGS FOREIGN CREW TO ANAMBRA FOR ANOTHER BLOCKBUSTER 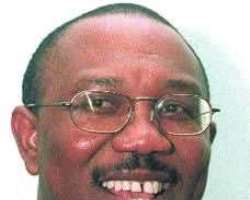 The unassuming filmmaker and boss of Kasvid International, whose movie, Aki Na Ukwa, catapulted the then struggling careers of Nollywood's dynamites, Chinedu Ikedieze (Aki) and Osita Iheme (Pawpaw), to the next level, is poised to lense another blockbuster.
Youthful Kasvid, whose real name is Chukwuka Emelionwu, will be storming his home state of Anambra, soon, with a South African crew, for his latest big budget movie, entitled:

We Are Back. In a recent hearty chat with us, Emelionwu, whose outfit had churned out other monster hit movies like: Issakaba, Mr. Ibu, Last Burial, The Captain and many more, disclosed that We Are Back thematically treats the current and constant issues of kidnapping, hostage taking, child abuse/molestation and forced labour. “The movie hopes to treat these nasty issues from a holistic point of view and also proffer solutions that will aid those in authority in tackling them”, he pointed out.

Speaking further, he disclosed that the movie will help project the new Anambra under the leadership of Gov. Peter Obi. In his words: “Anambra State under the leadership of Obi, had risen from the cesspit of neglect, underdevelopment and putrefying sores of political bickering to become a more positively focused and rapidly developing State, where human capacity and infrastructural developments are taking centre stage.” He equally believes that by profiling developments rapidly taking place in Anambra in the film, it will further serve as a veritable instrument of mass media campaigns that will greatly expose the State to a global audience and draw the attention of prospective investors both within and outside to investment opportunities that are abound in Anambra.

“The movie will be shot in choice locations within Anambra State. Young artistes and youths from the State will have an opportunity to interact and act alongside several Nollywood A-List stars, together with their foreign crew members, coming from South Africa. Jobs will be created for my people during this project. Just like we discovered and nurtured the thriving careers of Aki and Pawpaw, we are poised to do same for many unknown youths, with this new movie”, he vowed.

Emelionwu, has also promised to use the latest lighting and post production technologies to ensure that the forthcoming movie meets international technical standards in all ramifications. He further revealed that the movie will be premiered first in Anambra, before going round major festivals and cinemas, globally.