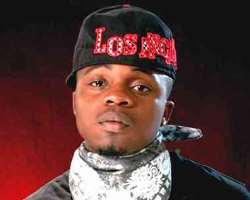 Dagrin
Barely 24 hours after he was nominated in the Best African Act category of this year's Music of Black Origin awards, Bankole Wellington – Banky W – has emerged the highest nominee at this year's Soundcity Music Video Awards.

The soulful singer's Strong Thing is nominated in the best video, best R n B video, Best Choreography, Best Male Video and Best Cinematography, while another of his songs, Lagos Party, notches nominations in the Best Editing and Viewers' Choice, whose winner will be decided by the public.

But even if he wins, Da Grin will not be on hand to receive his award(s). He died last April after a car crash.

Djinee also put up a good showing with three nominations for his 'Overkilling' video while 2009 MTN Project Fame winner, Mike Anyasodo, evinced promises of better musical years ahead with two nominations. Other Nigerian artistes up for honours include Omawumi, Styl Plus, Darey Art Alade and MI.

Initially billed to hold on October 1, the awards ceremony now holds November 20 at the Expo Hall of Eko Hotel, Lagos. In its third year, the SMVA has become the veritable platform to reward African artistes with a knack for quality music videos. According to the Chief Executive Officer, Consolidated Media Associates, organisers of the SMVA, Tajudeen Adepetu, 'The awards are aimed at recognising and rewarding deserving artistes as well as directors and producers of music videos in and from the continent with an emphasis on creativity, innovation and interpretation of the concepts in song for the screen.'

He notes that despite the absence of a sponsor for the awards, the zeal to achieve its aims and objectives continues to push the organising team to put in its best. Adepetu says further that as it was in previous editions of the SMVA, which featured American hip hop star, Nas, and Mims; South African band, Freshlyground; Tic Tac from Ghana, Wyre from Kenya and South African hip hop group, Jozi, this year's event will also feature a yet to be disclosed foreign act.