DSTV VS HITV: LOCAL CONTENT IS ROAD TO SUCCESS 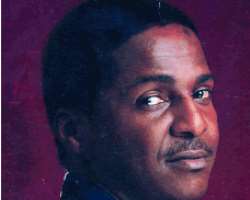 HiTV Boss
In 2007, the hottest pay TV news in Nigeria was that DStv, had lost 80 per cent of the rights to broadcast the English Premier League (EPL) in Nigeria to up-start HiTV. This news was met with mixed feelings all over the country as subscribers to the pay TV company began to evaluate their options.

Though DStv offered a myriad of entertainment from movies channels, to reality TV and series, to even other sporting activities like tennis and Formula 1, the soccer bouquet played a major part in providing its subscribers a complete package of entertainment, and now, they could only broadcast 20 per cent of the matches in Nigeria.

The EPL was HiTV's first point of purchase as a marketing tool to attract soccer-loving Nigerians due to the immense popularity accorded to it over the 10 or more years it remained a staple on DStv. It was the perfect strategy. With the thousands of Nigerians who loved the sport and followed it faithfully on DStv by paying their regular subscriptions, there was little doubt that they had a ready market. Not long after, HiTV once again bid and won the Champions League, another victory in their kitty. It was obvious that they were in it to win it all.

Notwithstanding, in the three years without 80 per cent of the broadcast rights of the EPL, DStv managed not only to make profit in Nigeria but added on new subscribers, growing their subscribers base substantially. It was reported that DStv added over 300,000 new subscribers that period. How did they do it? Creativity and a broad range of offerings that appeal to a wider market was the key. In following this strategy through, they portrayed to the industry that though sporting, especially soccer rights, were extremely lucrative, it did not have to be the basis for running a Pay-TV business.

Apparently, the strategy of MultiChoice, owners of the DStv brand was to deploy its resources towards the creation of indigenous content in key areas like sports and entertainment. Their investment in wholly Nigerian content was glaring in programmes like Edge of Paradise, Let's Dance, Tinsel and Naija Sings not to mention the deployment of some of its resources to promote Nigeria's fledgling sport sector. This was evident in the sponsorship of the Nigerian Basketball League (now called the DStv League), the purchase of Outside Broadcast Vans dedicated to the improved live coverage of the Nigerian Football League in far-flung cities across the country, even a channel dedicated to the coverage of the Nigerian Football League, etc. In addition, DStv announced the addition of more appealing channels to their bouquet; the real exciting news was that two of those channels were indigenously created based on movies produced in Hausa and Yoruba (AfricaMagic Hausa and AfricaMagic Yoruba).

These two channels in little or no time have proven to be one of the brightest ideas M-Net, content provider for DStv, has come up with as the channels have earned the pay TV provider nothing but praise across the country. There was even a clamour for the addition of an AfricaMagic Igbo channel, which, were it not for lack of content, would have also been offered viewers.

Clearly, these initiatives showcased the dexterity of the brand and the grounded nature of the Pay TV business model employed which perceptibly is what has placed them at the top in the country in all these years. Little wonder, when HiTV won 80 per cent of the EPL rights three years ago, and announced last year that they had won the full broadcast rights to the Champions League and even the EPL (which they lost to DStv only a few weeks ago) not many analysts began to speculate on the collapse of DStv in the country. Instead, HiTV's conquest was celebrated as the dawn of a level-playing field for active competition and many held their breath to see how events would pan out in the following months, and what implications this would have on the pricing of the Pay-TV services in the not-so-distant future.

The reverse was the case for HiTV when it was announced late July that they had lost the broadcast rights of the much celebrated English Premier League to DStv. The loss of the already secured rights, according to a source in HiTV, was as a result of the failure to secure a bank facility to complete the payment before the due date. Immediately it was announced, there were speculations on what was perceived to be the imminent collapse of the brand as questions began to fly as to whether HiTV could survive without the ever popular property.

This leads one to question: if the loss of Champions League and the perceived loss of the EPL last year did not lead to speculations about the demise of DStv, why then would pundits begin to suggest that HiTV, which still possesses the rights to the Champions League, Carling Cup, Europa League, may be on the verge of collapse? Could this be because of the sad end of other pay TV providers, GTV and Setanta whom many thought HiTV shared a business model with?

GTV, the UK-based Pan African broadcaster launched its services in August 2007 with big dreams of conquering the 'tiny and largely untapped' pay-TV market in sub-Saharan Africa. GTV's agenda was to set up operations in 25 African countries by the end of 2008 with a minimum target of 250,000 subscribers, and in four to five years, about one million subscribers in over 40 African countries. To meet this aim the company adopted a 'less pay for higher premium content' business model. The strategy was two-pronged: firstly to provide subscribers with lower subscription rates in comparison with the market leader DStv and secondly to acquire compelling content based on Rupert Murdoch's ( media mogul and founder of Sky Television) declaration that sports rights is the 'battering ram' of successful pay-TV.

Though Setanta traces its history to over two decades ago in an Irish Club in West London, 19 years later, it was a company transformed. It had expanded gradually at first, and then grown rapidly from 2004 onwards. It acquired major sporting rights not only for football tournaments but golf, horse racing, rugby union, cricket and boxing. Along the way it changed itself from a niche broadcaster providing Irish and Gaelic sport, to a rival for Sky whenever major sports rights came up for grabs. Setanta's big breakthrough came when it picked the right to two English Premier League packages. It gave them the right to show 46 matches annually for three seasons from 2007/08 to 2009/10. That brought about the end of Sky's monopoly and allowed Setanta in.

In January 2009 when the shocking news of the demise of GTV hit the newsstands, the management of the company fingered 'current financial and global crisis' as the reason, the AfricaNext Market Review of February 4 in an article entitled, The Collapse of GTV: Credit Crunch or Flawed Model? did not quite agree. In summary, the analysis pointed out that though the company had great potential, the business model, based mainly on sporting rights was somewhat faulty and could not hold up in the global economy where the market volatility formed the basis for broken financial promises made to the organization. In June 2009, for Setanta, it was a similar story as the cable TV company paid too high a price for various sporting rights and then it was unable to recoup the investment as they could not garner sufficient number of subscribers to keep the company afloat.

So, when HiTV states to the world that they lost their bid for the EPL based on banking reforms and the inability of banks to guarantee their facility, pundits are very right to raise danger flags as there appears to be a similarity in trend and business models of overpriced sporting rights. This is especially so since HiTV is perceived as being a football-based pay-TV. Unfortunately, it is perceived by many that HiTV has invested a bulk of its resources in the procurement of foreign football rights at exorbitant sums at the expense of pursuing and developing indigenous content that would not only grow its portfolio but it can solely own. If that in itself is true, can the loss of the EPL rights not be considered a blessing in disguise? This situation may force the organization to look inwards and begin to draw on their inner creativity just as MultiChoice Nigeria did and prove beyond mere words that their bouquet genuinely boasts of much more than sporting activities.

The investment focus on the sporting rights and all such competitive property that can just as easily be lost to a competitor by Pay-TV operators has proven from the stories of GTV and Setanta to be a model that places the prospects of the organization in the hands of others and does not avail the Pay-TV control of its fate. Notably, HiTV learnt a lesson or two from the collapse of GTV and realized that an increase in its subscription rate was inevitable if it was to remain in business. Though a smart move, its profitability would only be apparent if the Setanta effect would keep its distance (at its subscription rates, it required at least 1.9 million subscribers to keep afloat but could only garner 1.2 million).

Nonetheless, no one can deny that HiTV has shown immense courage and undeniable hunger for survival in the four years it has been in operation. However, if HiTV would seize this opportunity and deploy the hopefully now available resources (the one that would have been used to purchase the EPL rights) into creative entertainment owned solely by them, then perhaps there may be some future for the pay TV provider after all. This assumption is not far-fetched as everyone following TV trends would allude to the success that the pay-TV made of the Koko Mansion reality show. This year's auditions have already been done to select the citizens as they are called for the Naija Reality Show, Nigeria is hopeful that this year (as against 2008 when the show fizzled out of existence) the show would actually take flight and garner enough support to make it a success.