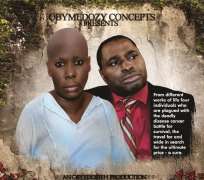 After several months of hard work, travelling and obviously a long absence from Nollywood, the sassy screen diva Oby Edozieh is back and set to hit the cinemas with her long awaited film Save Our Soul.

Shot in India and London, Save our Soul is to be premiered first in Abuja on the 26th August, 2010 at Transcorp Hilton by 1pm. The crew will then move down to Lagos for another premiere on Sunday 29th August, at Oriental Hotel, Ikoyi. Red carpet expected to be filled with dignitaries and paparazzi will start by 3pm while the premiere proper will start by 5pm.

The film Save our Soul is about the emotional and psychological trauma that comes along with cancer and its effect on victims and their families, as well as various ways people choose to deal with it. The movie is directed by Moses Iyang, Its cast include the likes of Kenneth Okonkwo, Elebelu Elebuwa, Chioma Chukwuka, Ebere Okaro, Oby Edozie, Segun Arinze herself and some others.

Save our Soul is not only an entertaining movie but a very educative one and has won the support of big shots organisations that are deeply concerned about the pain of women with cancer and will at anytime support cancer management or if possible eradication, firms like First Bank, the Federal Ministry of Health AND Oby Gold Foundation.

Speaking on the movie, Edozien said the movie has been very involving in terms of budget and other logistics, especially since the cast and the movie had to be moved to the two countries, but with the quality of movie we came up with, all the effort was worth it.